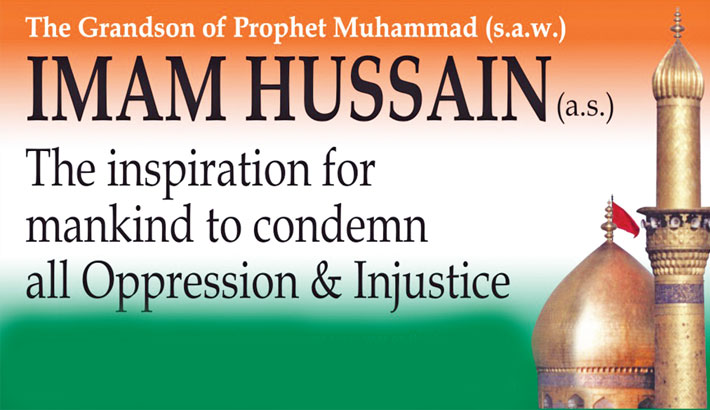 Ashura is an Arabic word means tenth. It generally refers to the tenth day of Muharram, the first month of Arabic calendar. It is known to us that the month of Muharram is very significant and sacred as Allah made it an exceptional one. The Qur’an states: “The number of months in the sight of Allah is twelve (in a year)- so ordained by Him the day He created the heavens and the earth; of them four are sacred: that is the straight usage…” (Surah Tawbah, 9: 36). The Muharram is one of those four, stated by many of the Muslim scholars. 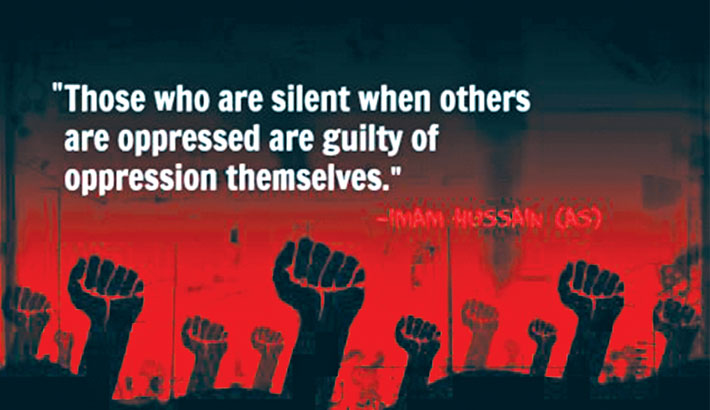 Among all days of Muharram, the tenth day is very special for many historical events in the view of Islam. One of them is, on this day, Allah saved Musa (AS) and his followers and drowned Pharaoh and his people. (See: Sahih Muslim). The true significance of Ashura is to reclaim Musa (AS) for this ummah. He is a Prophet whose chronicles are pivotal to the heritage of this ummah. Showing respect to that event, our beloved Prophet (pbuh) commanded us to observe fast on this day and a day before that to make it contrast to the Jewish and Christian customs. ʿAbdullah ibn ʿAbbas (Ra), said: “When the Messenger of Allah (pbuh) fasted on ʿAshura and commanded the Muslims to do likewise, they said: ‘O Messenger of Allah! It is a day that is venerated by the Jews and Christians.’ The Messenger of Allah (pbuh) replied: ‘If I live to see the next year, inshaAllah, we will fast on the ninth day too.’ But it so happened that the Messenger of Allah (pbuh) passed away before the next year came." (Sahih Muslim). Therefore, it teaches us not to follow Jews and Christians customs.

Another tragedy held on this day is the grandson of our beloved Prophet Muhammad (pbuh) Hussain (Ra) was brutally murdered in Karbala along with his family members and followers in 680 AD for ignominy of surrender to the unjust demands of Yezid. The event teaches us a lot. Among them, few significant lessons are as follows:

i.              Staying loyal to moral values: As we know that Hussain (Ra) could understand that Yezid wants him only. Therefore, He asked everyone to leave him but not a single man left him alone. Although, they knew that they would be killed by Yezid. It teaches us how to be loyal to the moral values.

ii.             Standing up for right and against wrong: History tells us that Hussain (Ra) had a chance to walk away from his (Ra) death if he accepted the offer of Yezid. It was to sign a pledge of allegiance and submission. He was offered in retun to live a luxurious life in Medina. But Hussain (Ra) rejected the offer for standing up for the right and fighting against the wrong. It is a great lesson for all of us.

iii.            Remain steadfast in a struggle: Hussain (Ra) saw how his (Ra) beloved family members and friends were killed in front of him (Ra) by the army of Yezid. Moreover, he (Ra) had to collect their dead bodies. In this situation, he (Ra) did not go back from his (Ra) right decision, although, he (Ra) was offered to leave the place safely. It teaches us how to remain steadfast in the struggle.

iv.           Sacrificing life for establishing justice: We all know the role of Yezid to the people. Hussain (Ra) just wanted to establish justice for the betterment of the ummah. Thus, he (Ra) had to sacrifice not only his life but also some of his family members and nearest friend’s lives.

After about 1300 years, however, it is really disheartening to see that few people observing the day through beating head and body, lamenting the tragedy of Karbala, mourning and displaying grief which are surely haram in Islam. The Allah’s Messenger (pbuh) said, “He who slaps his cheeks, tears his clothes and follows the ways and traditions of the Days of Ignorance is not one of us.” (Sahih al-Bukhari). It also not permitted in Islam to observe mourning for the dead beyond three days. The Messenger of Allah (pbuh) said, “It is not permissible for a woman who believes in Allah and the Last Day to mourn for anyone who dies for more than three days except for a husband; she should mourn for him for four months and ten (days).” (Sunan an Nasayee).

Now, let us think what happens in our country on the Day of Ashura. A section of people observe the day through beating themselves, doing something that causes bleeding from their bodies, crying together and organising some events to mourn that day of Karbala. These are not permissible in Islam. Muslims should take lessons from the day and practice them in their lives for their betterment in this life and hereafter. Who really love Hussain (Ra) and want to follow him in their lives must take the lessons from his role in Karbala and follow those. May Allah guide us on the right path!