Withdrawal of Ban on Bangladeshi Workers 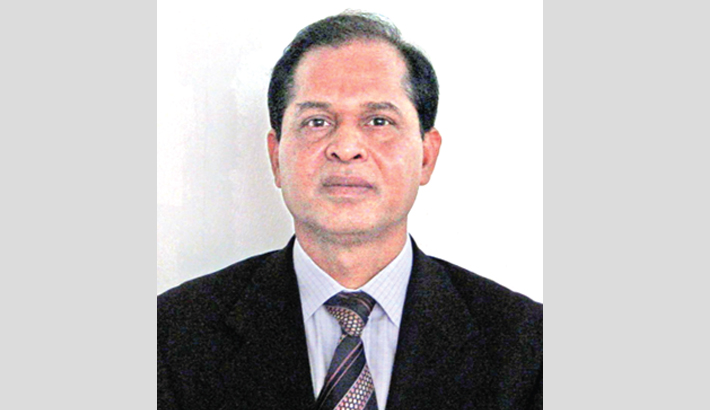 The ice started melting with the knot getting slackened. The Malaysian government proposed to send a delegation to Bangladesh to start the discussion on this issue. In fact, our authorities were also waiting for such a proposal. In February 2011, a Malaysian delegation went to Bangladesh and they saw our overall preparation as well as discussed the whole process of sending our workers to Malaysia.

On 12 June 2011, our State Minister for Water Resources Mr. Mahbubur Rahman Talukdar was transiting through KLIA. I was at the airport to receive him. While we were entering the VIP area, Malaysian Home Minister Hishammuddin was also entering there from the opposite entrance. After exchange of pleasantries, I introduced our Minister to Dato Seri Hishammuddin. Then we proceeded to our respective VIP rooms. Our Minister was in transit for about an hour to take his next flight for Vietnam. Hishammuddin and his wife were waiting in our neighbouring room. After a while I requested our Minister to allow me to go out for a few minutes. I entered the next room to meet Hishammuddin. He was going to Sabah and would return by the evening flight. We talked about fifteen minutes when I did not forget to raise our workers issue. Finally he was convinced to give me an appointment. He instructed his Special Officer (who was just waiting at the entrance) to find out a time slot of at least 2 hours duration in the next week for our meeting. 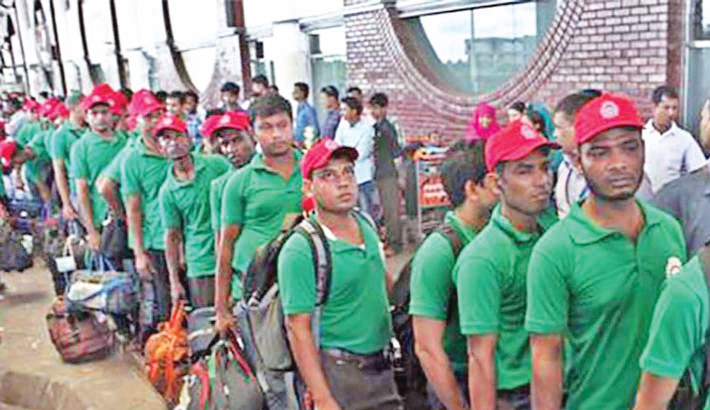 On 23 June 2011, I had a long meeting (more than 2 hours) with Dato’ Seri Hishammuddin at his city office located at the Bukit Aman Royal Malaysian Police Headquarters. That meeting was held just within 24 hours of Malaysian government's announcement of legalisation of all foreign nationals working in Malaysia. It was also announced that the legalisation process would start from 11 July 2011.

At the beginning of our meeting, I thanked Dato’ Seri Hishammuddin and the government of Malaysia for their decision to legalise illegal foreign workers including our nationals. I also briefed him on the historic ties that had bound the two countries and peoples during our War of Liberation. We had an elaborate discussion on the upcoming legalisation process as well as future recruitment of workers from Bangladesh.

I briefed the Home Minister about 3 categories of illegal Bangladeshi workers in Malaysia.  The first category was of the workers who came to Malaysia legally but were not provided with any job due either to non-existence of employers or lack of actual employment opportunities in the company for whom they were recruited. The second category comprised of the workers who ran away from their legal employers and are working in other establishments. The third category consisted none but the Bangladeshis who came to Malaysia on tourist visa/social pass and started working there without any legal documents/status. The Minister assured that all those three categories would be legalised through a legalisation programme (termed as 6-P) undertaken by the government of Malaysia. He also sought our cooperation to make the programme successful through active participation of our illegal workers. I assured the Minister that we would put our maximum efforts so that all our illegal workers were registered.

While requesting the Minister to withdraw the freeze and to recruit new Bangladeshi workers, the issue of exploitation of workers by our recruiting agencies was strongly raised by the Minister. He informed that Malaysian government had to freeze the recruitment in March 2009 not only for economic recession but also for exploitation by the unscrupulous manpower agents. He, even, didn't spare to mention the involvement of Malaysian people in the exploitation process. The Minister firmly told me that Malaysia would recruit workers from Bangladesh under G to G arrangement. I explained to him the process of recruitment (G to G) of our workers using BMET's data bank, which was totally exploitation free.

In fact, ‘G to G system’ of recruitment was my brain-child. The Minister was surprised to know the system and the process of recruitment. At once, he told me that Malaysia would not mind even to recruit one million of workers from Bangladesh through that process considering minimum migration cost and exploitation free. He further mentioned that the process could be an example for the world to follow. The Minister also added that by working together, Malaysia and Bangladesh could show the world community that we could cross all obstacles and provide the best services for the humanity. However, the Minister told that we would discuss the issue in details after starting the coming legalisation process.

Dato’ Seri Hishammuddin informed that after the registration process or during the legalisation programme, the actual demand for foreign workers would be assessed for future recruitment. The Malaysian government had already advised all concerned ministries to determine their future requirements of foreign workers for their respective sectors. The Malaysian Minister further informed that those foreign workers who were arrested or being detained in immigration depots would be released by the relevant authorities immediately and be deported to their country of origin as soon as possible.

I informed the Minister that a huge number of passports of our legal workers had been lying with the immigration department of Malaysia for months for visa renewals and those passports should be disposed off and returned to the respective parties as soon as possible to clear the backlog; otherwise, it might affect the success of the legalisation process. The Minister assured me to look into this matter seriously so that they get their renewed passports before the legalisation process started.

I further raised the issue of collecting money by some people from our workers in the name of legalisation. The Home Minister assured that the Malaysian government had already taken necessary steps to eradicate the unscrupulous activities of those so-called agents or middlemen. He also requested me to inform them immediately once we came to know any such incidences.

Finally, Dato’ Seri Hishammuddin proposed that we (Home Minister and myself) would jointly declare at a press conference within a week that Malaysia and Bangladesh would work closely to (i) make the legalisation programme successful, (ii) address the threats of transnational crime by curbing illegal activities namely human trafficking and (iii) share responsibilities in effective management of the migration flows. At this point, he instructed his attending special officers to organise a meeting shortly to be attended by senior officials of the concerned ministries/departments and Bangladesh High Commission officials for detail discussion on all issues raised during our meeting.

I had a meeting with Dato’ Seri Hishammuddin at Hotel Meridian in Kuala Lumpur on 25 June. In fact, that was a preparatory meeting for the proposed joint press briefing. We discussed the issues that would come in the briefing and noted our responses.

On 28 June, we had the joint press briefing at the Home Ministry in Putrajaya.  I was advised to come to the office of the Minister by 10 am so that the Minister could discuss how we would face the media people including deliberation of our statements and answering questions. The briefing went on fine. However, after the briefing, I went to the Minister’s office to discuss our next programmes. All local television channels in their night news bulletin broadcasted the news. Next day, the news was published almost in all local newspapers.

On Dato’ Seri Hishammuddin’s request, I went to his office in Putrajaya on 1st July 2011 to discuss the plan of our next meeting to be participated by the heads of missions of workers sending countries like Bangladesh, Pakistan, India, Nepal, Indonesia, Myanmar, Sri Lanka, Vietnam, Cambodia, etc. Following our discussion, the Home Ministry organised a meeting after a week with the High Commissioners and Ambassadors of those countries at the Home Ministry which was presided by the Home Minister. In fact, the purpose of that meeting was to discuss and share our views on the whole mechanism of the legalisation process which could not start in July 2011 as scheduled. Following the meeting, a press briefing was held at the Ministry of Home Affairs by Dato' Seri Hishammuddin, where no other Ambassador/High Commissioner was present except myself.