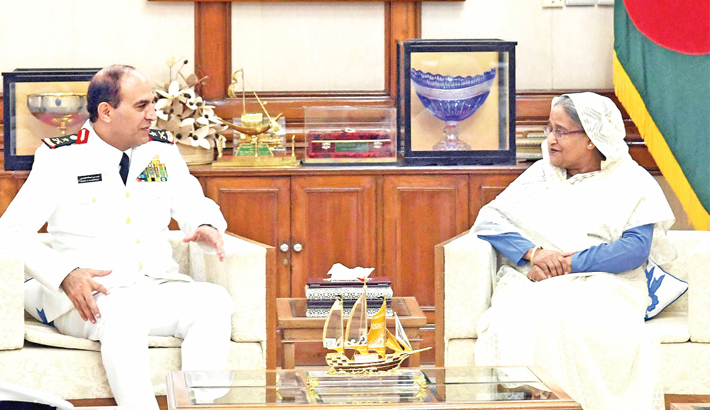 At the meeting, the Prime Minister pointed out the issue of maritime boundary disputes with India and Myanmar, saying the problems were resolved peacefully.

About the Rohingya issue, she mentioned that the Myanmar nationals who fled to Bangladesh have already outnumbered the local people causing serious sufferings to them.

During the meeting, the Saudi Naval chief said he had a very fruitful discussion with the chief of Naval Staff of Bangladesh over promotion of cooperation between the two naval forces.

Over the Rohingya issue, Fahad Bin Abdullah A-Ghofaily highly appreciated Bangladesh government’s noble gesture of sheltering over one million Rohingyas in Cox’s Bazar who were forcefully displaced from Myanmar.

Referring to Bangladeshi citizens working in the Saudi defence forces, he said they are working hard and contributing a lot to both the brotherly countries.