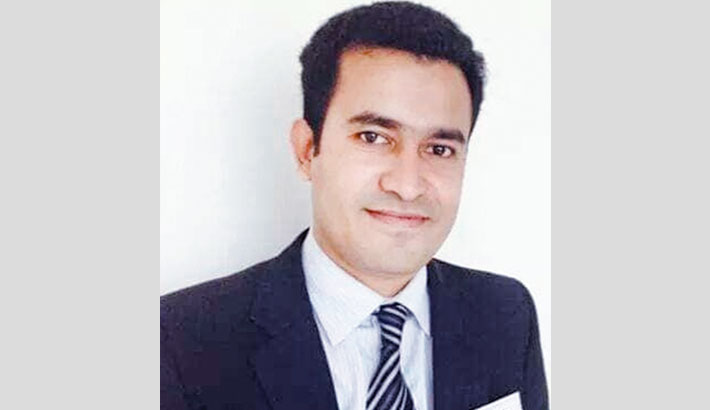 Bangladesh is a riverine country. According to Bangladesh Water development board (BWDB) about 230 rivers currently flow in Bangladesh, although the number stated are ambiguous in some sources. As stated by a publication called Bangladesher Nod Nodi by BWDB, 310 rivers flow in the summer although they republished another study in 6 volumes where stated 405 rivers. Old sources and history state about 700 to 800 rivers but most of them dried out or went extinct due to lack of attention and pollution. About 17 rivers are on the verge of extinction and the 54 rivers flow directly from India and 3 from Myanmar. In total, 57 international rivers flow through Bangladesh.

Many of the rivers in Bangladesh are in critical condition. Around 450 rivers in the country face serious threats mainly due to rampant grabbing and indiscriminate polluting by the industries through toxic waste dumping. Recently the government has initiated actions for freeing rivers from encroachers.

Recently the Prime Minister Sheikh Hasina called for a proper river management system. She said that “The rivers are the country’s lifeline; they will have to be protected to save and develop the country”.The PM clearly stated to take stringent actions against the river grabbers. The BIWTA has taken initiative to evict the illegal possessors of the bank of rivers.

Our legal status to protect rivers is a little bit better than other countries of the globe. We have constitutional mandate to protect the nature, rivers, wetlands and natural resources. Bangladesh also is a member and primarily active state of incorporating the UN International Watercourses Convention of 1997. Article 18(A) of our Constitution clearly states: “The State shall endeavour to protect and improve the environment and to preserve and safeguard the natural resources, bio-diversity, wetlands, forests and wild life for the present and future citizens.”

The State has enacted a number of laws including Bangladesh Water Act 2013, the Water Resource Plan Act 1992, the National Water Policy 1997, the National River Protection Commission Act, 2013 and The Environment Conservation Act, 1995 (upgraded in 2010) which have provisions for the protection of the environment, and control and mitigation of environmental pollution. In 1997, the State had produced the rules and regulations for environment conservation and promulgated the Environmental Quality Standard.

It’s unfortunate that these laws are not implemented actively and effectively. According to the Environmental Court Act, no one can file any case or complain in the environment court without the permission of the relevant authority. Only the appointed officials of the Department of Environment (DoE) can file direct case in the court. In our country, there are only three environment courts such as in Dhaka, Chattogram and Sylhet and one environment appellate court in Dhaka. In these courts, there are only a few number of cases on the environmental matters are tried now.

On 23 April, 2018 the National River Protection Commission held a meeting and took decision for the revisiting of the existing laws related with rivers and taking step to set up 8 Special Courts for the disposal of the cases on rivers.

It’s pertinent to mention that our higher judiciary always keeps an active role to protect environment, rivers and natural resources. Recently High Court Division (HCD) in its landmark judgment, Human Rights & Peace for Bangladesh Vs Bangladesh Government & Others, declares as the third country of the world that the river is a legal person and has a legal entity. Firstly, in the world, the same declaration was echoed in Colombia by the constitutional court in 2016 and later on in India in 20 March, 2017 about the Ganga River. Moreover the court declares all rivers and natural resources are the Public Trust Property according to the public trust doctrine.

The HCD in its said judgment enhances the rights of the rivers to be protected filing petitions or writs in the court as fundamental rights of the people according to the Articles 18A, 21, 31 & 32 of the constitution of Bangladesh. The court also directs to enact new law providing stringent action and punishment for polluting the rivers and revise the existing legal framework of the river and watercourses.

The said court clearly declares pollution and grabbing of the rivers are criminal offence. It also mandates that the precautionary principle and polluter’s pay principle are the part of the law of this country. The said Court also announced river encroachers cannot run in any elections or get bank loans. The Court also instructed the government to make a list of every grabber in the country and publish the list in the media to expose them to the public.

In many cases and writ petitions, our Apex Court contributed a leading role to maintain the rivers and natural resources in the recent years. In August 2016, the High Court also directed to evict some 2,106 structures built illegally on the river banks following some procedures.

A River Protection Commission was formed without giving it any authority to implement major decisions. However, the commission has already taken some good decisions, but those have not been implemented yet. River protection commission needs to be made strong.

To protect rivers and natural resources, it’s a proper time to enhance public engagement to seek relief through the legal tools providing the privileges to file complain and cases in the courts. It’s also imperative that social awareness and legal implementation can pave the way to save our rivers.

The writer is a member of Bangladesh Judicial Service and Currently working as Senior Judicial Magistrate of Feni.