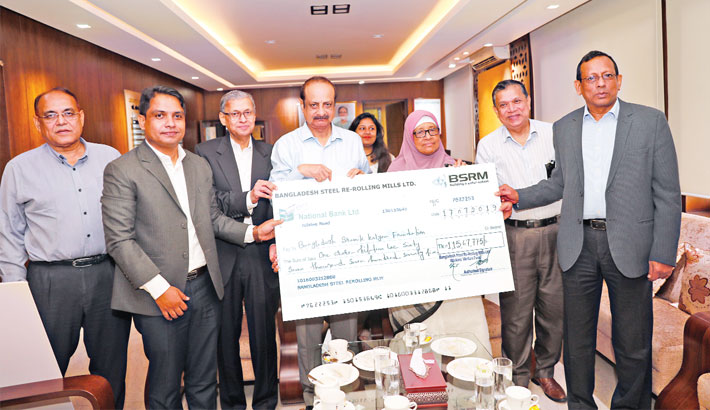 BSRM Group Deputy General Manager Tapan Sengupta hands over a cheque for Tk 3.25 crore to State Minister for Labour and Employment Begum Monnujan Sufian at a function at the latter’s office at Bangladesh Secretariat in the capital on Tuesday.

BSRM Group handed over a cheque worth Tk 3.25 crore (32.5mn) to State Minister for Labour and Employment Begum Monnujan Sufian for labour welfare foundation (LWF) at her Secretariat in Dhaka on Tuesday.

She said that owner and workers good relationship can be established through giving priority of labour welfare and her ministry will favour them always who will do business abide by labour Act.