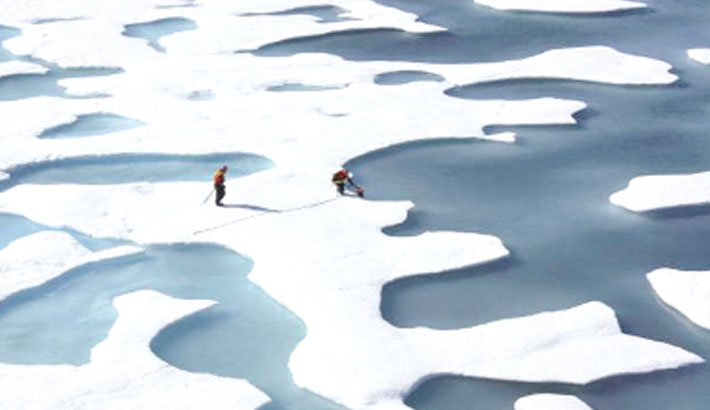 Tiny pieces of plastic have been found in ice cores drilled in the Arctic by a US-led team of scientists, underscoring the threat the growing form of pollution poses to marine life in even the remotest waters on the planet, reports Reuters.

The researchers used a helicopter to land on ice floes and retrieve the samples during an 18-day icebreaker expedition through the Northwest Passage, the hazardous route linking the Pacific and Atlantic oceans.

“We had spent weeks looking out at what looks so much like pristine white sea ice floating out on the ocean,” said Jacob Strock, a graduate student researcher at the University of Rhode Island, who conducted an initial onboard analysis of the cores.

“When we look at it up close and we see that it’s all very, very visibly contaminated when you look at it with the right tools — it felt a little bit like a punch in the gut,” Strock told Reuters by telephone on Wednesday.