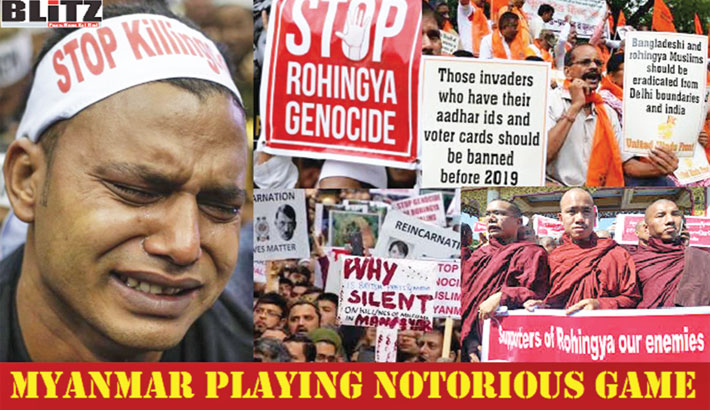 Meeting all basic necessities and fundamental demands (food, shelter, cloths, education and medical treatment) of them is a great burden for Bangladesh. The Rohingyas who entered Bangladesh with their children and orphans need sufficient food for their survival and nutrition. Also more money is needed to build habitation for them. World body already expresses concerns about food crisis in different camps of Rohingyas in Bangladesh. Some countries and some world organisation have sent food to Bangladesh for feeding them. Some world leaders, human rights activists, cultural personalities have visited the Rohingya camps and expressed their grave concerns about their presence and probable future.

The Rohingya Muslims who have entered into Bangladesh does not have permanent houses and shelters to live in. They are living in tents, temporary camps, in the foot of hilly areas located at a place in Cox’s Bazar. Some of them are fleeing the camps and cannot be found later. They and their children are deprived of education, good medical treatment and other civic facilities (like health and sanitation, pure water etc.).

The refugees are a great burden and pressure on Bangladesh government to meet their basic necessities, bearing all the costs related to ensure their security, safety and livelihood. Bangladesh will have to expend a lot for them with its limited resources. The situation is worsening more when new influx of Rohingya Muslims is continuing. Bangladesh is a peace-loving country which always wants peace with neighbours and the world. Bangladesh always wants peaceful solutions of all type of disputes, conflicts and complexities arising from whatever source with neighbours and all other states in the world. Main theme of Bangladesh’s foreign policy is “Friends with all, malice to none”. 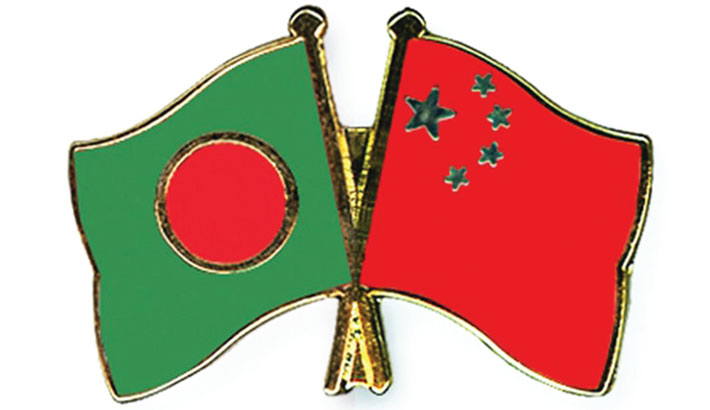 Bangladesh had several bilateral talks with Myanmar about a permanent solution and repatriation of Rohingyas to Myanmar. But Myanmar authority did not keep their promise according to the contracts of bilateral talks about repatriation issue. A repatriation deal with Bangladesh has stalled, with virtually no Rohingya wanting to return to Myanmar due to security fears and the Myanmar government’s refusal to grant them citizenship or basic rights. Rohingyas are of Myanmar by their birth, they want to repatriate to their motherland, they must return, they want to make fortunes and their habitation in their homeland again.

China can help Bangladesh in this issue: China is a big country situated in the eastern part of Asia. China is a time-tested friend of Bangladesh. It is the second largest economy in the world and dominates the world business with its technology and products. It is a permanent member of the United Nation Security Council. It can induce the South Asian nations to the path of peace for the sake of economic development and prosperity in this region. Peace and stability is the first and foremost condition for leading nations on the way of development.

Without peace and stability, South Asian nations will not be able to develop themselves. China proposed “Belt and Road” Initiative (BRI) in 2013 and now it has emerged as 21st Century’s biggest economic cooperation project for both China and the participant countries in Asia, Europe, Africa and the rest of the world. The BRI consists of the Silk Road Economic Belt and the 21st century maritime Silk Road.

In order to bolster the initiative, China has been playing a leading role in establishing the Asian Infrastructure Investment Bank (AIIB) and the Silk Road fund. Bangladesh-China-India-Myanmar (BCIM) Forum for Regional Cooperation is another example for mutual cooperation among the member states. China has a lot of Foreign Direct Investment (FDI) in many countries in the world including Myanmar and Bangladesh.

China has been playing a leading role in making Bangladesh’s mega-structures like Padma Bridge and many other establishments with its financial and technical assistance. China wants Bangladesh’s achievement in every sphere. Now China can help Bangladesh to settle the Rohingya issue with Myanmar. We hope meeting of our Honourable Prime Minister Sheikh Hasina and President Xi Jinping of China during the visit in the first week of July will bring a positive and fruitful result in this respect.