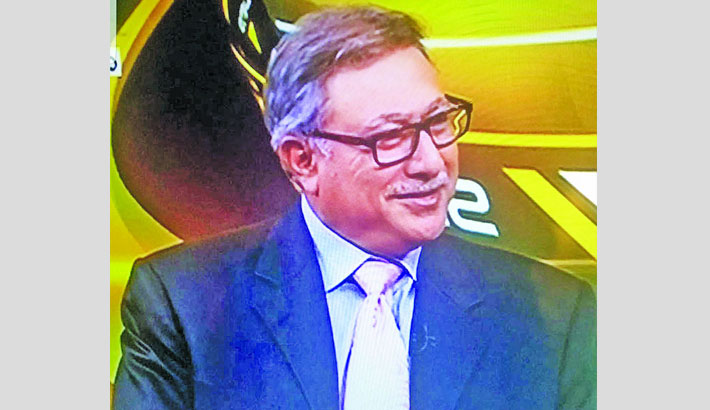 The match today at the Rose Bowl would have the Bangladesh as favorites given the form that they’ve been in but the reality of it is that the Afghanistan have just the right ammunition to prove the odds wrong. Mohammad Nabi almost won it for his side but for some fast and intelligent bowling by Jasprit Bumrah and Mohammad Shami that saw India through after a lot of nervous moments on the field. Another match that went to the wire at the Old Trafford was the one between the Kiwis and the Windies when Jason Holders side lost by the narrowest of margin of 5 runs.

Kane Williamsons 148 against the Windies the other day was yet another match winning century after he played a sterling knock against the Proteas few days back that won the match for his side. The Kiwis is a side that seem to be thriving immensely not just under his leadership but his superb form as well and it seems likely that the Kiwis skipper might end the tournament as one of the best in the world. Carlos Brathwaite’s breathtaking 101 of 86 balls embellished with 5 sixes almost snatched a victory from the jaws of defeat when he walked in to bat with 6 wickets down with a little more than 150 on the board.

After the defeat of England against the Sri Lankans the equations have somewhat gone haywire given that the hosts have three crucial matches still to come with table toppers India and Australia as well as New Zealand. The Kiwis who also have three crucial matches against Pakistan, Australia and England look almost set to clinch the fourth position spot unless of course Bangladesh have other ideas.

What makes Bangladesh’s match against Afghanistan not just a must win situation for them but one of the hardest yet. Two formidable foes, it is the Afghans who have an edge over the Bangladeshi’s in terms of their bowling resources and the 30 overs to be bowled by the three spinners Mujibur Rehman, Rashid Khan and Nabi would be the most difficult to get runs off. Bowlers like Aftab Alam, Gulbadin Naib and Hamid Hasan are also bowlers who are effective if not threatening and can add woes to Bangladesh’s bid to pile up what must be an imposing total.

Mashrafe Murtaza couldn’t have wished for a better time in his career as a captain wherein all the major batsmen have been amongst the runs with the exception of Soumya Sarkar. It could work out well for his side if Liton Das was to open with Tamim Iqbal to blunt the effectiveness of the Afghanistani spinners who are likely to open with Mujibur Rehman. The right hand left hand combination obviously  is part of the reason but it is LitonDas’ better technique against spin that ought to be the main consideration  as Soumya Sarkar is an exciting and effective player more against pace than spin. The middle order batsmen in Mushfiqur Rahim and Mahmuddulah Riyadh are ones the team could rely on in providing a good and healthy run rate against the best of bowling especially against the spin attack that the Afghanistan team possess.

Needless to say but it has to be Shakib Al Hasan who has to take the brunt of the bowling should Bangladesh aspire to cross the line against their arch rivals Afghanistan today. Arguably one of the finest left arm spin bowler in world cricket it is the mental strength and his intelligence which sets him apart from most all rounders in the world today. Shakib Al Hasans ability to use the crease and bowl his subtle variations has seen him get all the wickets that he has acquired all these years and todays match will be no exception. It will be more a battle of wits than mere skills that Mashrafe Murtaza will have to display on the field today in order to triumph.