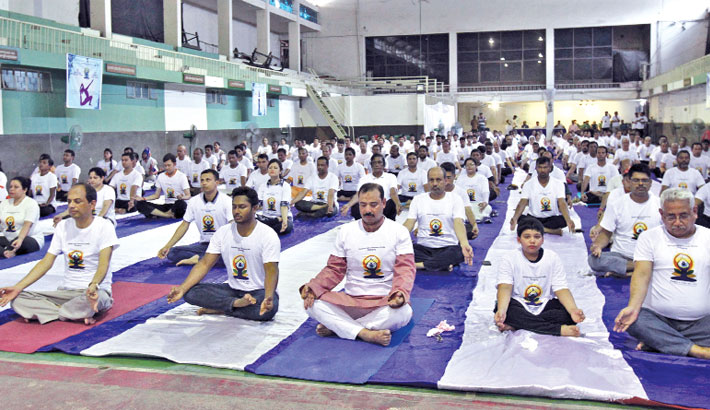 CHATTOGRAM: The 5th ‘International Day for Yoga (IDY)’ was observed in the port city on Saturday.

The Assistant Indian High Commission to Chattogram organised the Yoga at Chattogram Metropolitan Shooting Club in the city’s Nandankanan area in the morning.

Mayor Nasir in his speech observed that people have now been passing much more time in internet than physical exercise causing different physical and mental problems.

Terming the Yoga practice as scientific one, Assistant High Commissioner Anindya Banerjee said the physical exercise has no link to any country or religion.