Some Thoughts on Education Reform Proposals 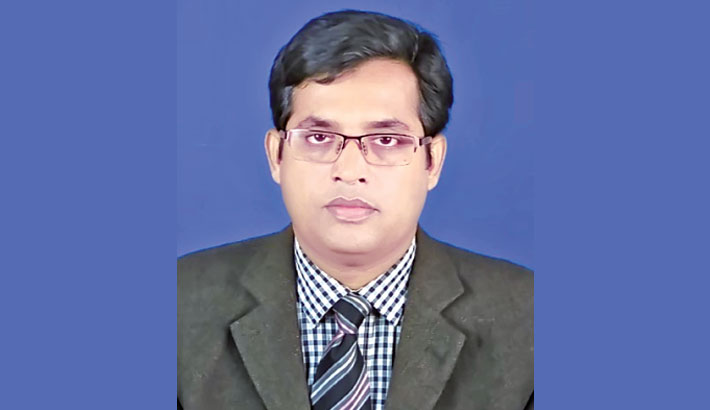 In midst of all demands and discussions, the Finance Minister, on the 13th of June, in his budget speech placed a proposal of an increasing amount of allocation for education and technology sector for the financial year 2019-2002. Citing examples of Japanese King, he also stressed the importance of the contribution of this sector in the country's growth and development and thus placed a proposal of allocation of Tk 79,486 crore which is 15.2 per cent of the total proposed expenditure. It would have been better if the government could disperse technology sector from the education and provide different allocation for each of the sectors. Although the allocation has increased, it falls short as compared to other South Asian countries. Considering the budgetary constraints, the government deserves appreciation for proposing an increased allocation for this sector.

Accentuating the importance of bringing reforms in the education sector, the Finance Minister has proposed a number of reform agendas for primary, secondary and tertiary education. Among different reform agendas, one agenda, related to hiring of qualified faculty members for the enhancement of quality of education in the country, has drawn my attention. It is uncalled-for to mention that if the government could make it happen, this will have a momentous impact on the education sector. But I beg to differ with such proposition of the government that stands on the argument that the foreign faculty members would enhance the quality of education in the country. Of course, one may put forward a counter-argument that the Chinese government hired many of their expatriate foreign faculty members to contribute to their educational development. But, I have also a different argument that centred on the ground that the context of China is diverse than Bangladesh. Thus, what is conceivable in Chinese society may not be pertinent in the context of other countries. This argument is based on the proposition of the role of the context or environment in the implementation of public policies.

The government requires paying attention to a number of issues in the existing system. They should first consider appointing the Vice-Chancellors considering the academic and research excellence of an individual. In the existing situation, I do not expect that the government would not ponder the political ideology of the persons to be appointed as vice chancellors. That is why I do not find any problem in this as the process is being practised in many developed countries, including the USA in the name of the spoil system. Through the changeover of the President in the USA, several thousands of staff are swapped by those whom the president likes. The point of departure is that a person needs to be qualified first for being considered in the spoil system in the USA while merit has been overshadowed by the political consideration in our system. For instance, if someone gets appointed only on the political contemplation without bearing in mind his/her academic and research excellence in the position of vice-chancellor, he/she will fail to work for enhancing the quality of education. Rather, she/she will remain engaged in different unscrupulous deeds that will not only put him/her in a wonky situation but also put the government in an excruciating position.

The whole academic environment needs to be brought under a system of monitoring. It has widely been debated that public university teachers in the name of autonomy have been manipulating the whole system. Of course, the autonomy was given to them as they were rumoured to be the conscience of the nation. But, over a period of time, the conscience of the teachers has also been distorted. Due to the lack of enforcement of the strict rules and regulations, a tendency has grown among many of the teachers to disdain the rules and regulations. Thus, in order to overcome this situation the system needs to be reinforced. For instance, if someone does not require high-quality publication for getting promoted to the post of professor why would he/she devote time and efforts in this regard? Again, if someone’s performance is not monitored in the classes how would he/she be judged whether he/she has the capacity to teach the students or not? Thus, the government should consider these issues with great importance.

The recruitment process of the university teachers needs to be streamlined. If merit is overdriven by the political influence of the candidates, how quality would be warranted in the higher educational institutions? Diverse types of recruitment process are being practised in various public universities. In most cases, the candidates are recruited on the basis of viva-voce examination with some exceptions in newly established public universities where written test is taken. Along with the process of recruitment, the philosophy of recruitment process needs to be changed also. In most of the developed countries, a PhD degree is considered to be the prime requisite to get an appointment at the entry-level faculty position. Moreover, in most cases, the modality of the job contractual that leaves scope for making a performance evaluation of the faculty members. If someone fails to prove his/her efficiency in teaching and research the contract may not be renewed. But, in our country, a student after completing master degree is getting recruited as a lecture with a tenure position. Of course, there is a provision of a probationary period. But, the usual practice is that all of them are getting a permanent position once recruited. Thus, the government should come up with a comprehensive reform package in order to enhance the quality of education.

The government should consider increasing the research budget for public universities. At present, a very skimpy amount of money is being spent in this regard with a strong bureaucratic process. Thus, many faculty members do not show enthusiasm to apply for this fund. Despite having resource constraints, there are a good number of faculty members in almost all public universities who are conducting high-quality academic research and getting their findings published in internationally renowned publication houses. Unfortunately, there is no incentive for them. As a result, after some time, these scholars become droopy towards research.

Finally, it could be stated that there are many qualified teachers in different public universities in Bangladesh with foreign exposure. We could maximise their expertise first before taking a move to hire foreign faculty members. But, what is required is to bring changes in the academic environment of higher educational institutes. We all know that the environment sometimes compels or motivates people to work. Thus, an attempt to hire foreign faculty members to improve the quality of education without creating a proper platform would not bring any positive result in the long run. Thus, I appreciate the thinking of the government to bring reform in the education sector. But, at the same time, I think the government should work on the system solidification first and then implement their plan. If they could do this, there will a noteworthy change in the quality of education in the country.