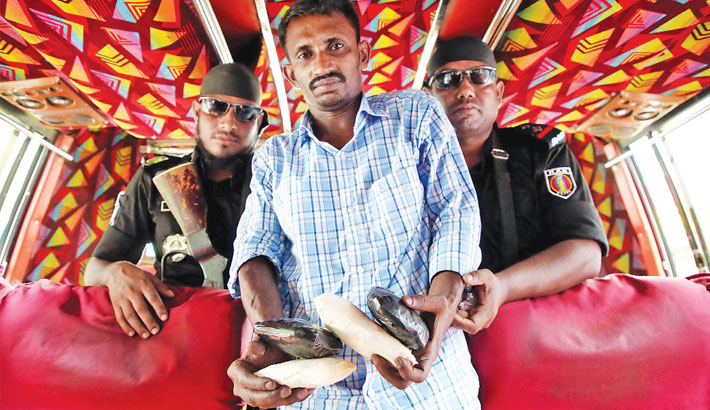 Rapid Action Battalion (RAB) produces Noor-e-Alam, a driver of Shyamoli Paribahan, before journalists after arresting him with 10,000 Yaba tablets from the capital’s Mohakhali area on Friday. —SUN photo

Rapid Action Battalion (RAB) on Friday arrested one person along with 10,000 contraband yaba tablets from Mohakhali area in the capital, reports BSS.

A team of RAB-2 conducted a raid on a bus of Shyamoli Paribahan in the city’s Mohakhali railgate area this morning and seized 10,000 yaba pills from the bus.

He said Noor-e-Alam was a carrier of yaba smuggling as the bus driver smuggled the contraband tablets into the capital from Cox’s Bazar in the past too.

And then Noor-e-Alam received those at Chakaria and brought the contraband tablets to the capital, he said.