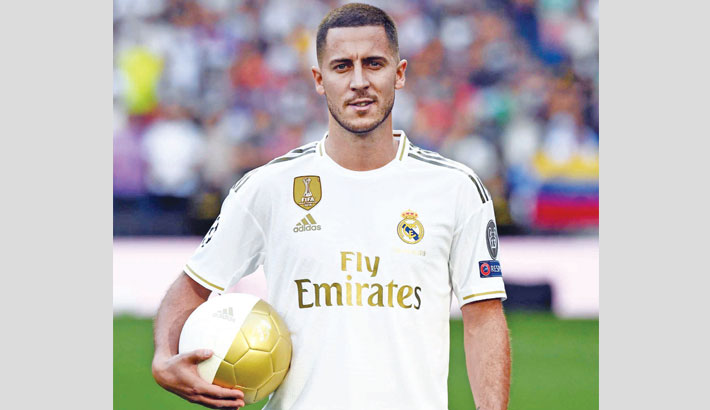 The Garden of Eden moved to the Bernabéu. Eden Hazard took a stroll around the grass at his new home, kicking gold and white footballs into a crowd that was bigger than those that came to see some La Liga matches last season, and then said that he had been waiting for this since he was a kid in La Louvière. Now, at last, the time had come and it was the “right time”, he said, having left Chelsea with the Europa League – even though he admitted this was a move that he had thought he might make 12 months ago, reports TheGuardian.

“I dreamed of this moment when I was very little, ever since I started playing football in the garden with Thorgan, Kylian, Ethan,” Hazard said as he sat in the press room at the Bernabéu, white kit now swapped for grey suit.

In the front row as he talked, his brothers sat alongside his mother and father. All of them are footballers; only the 28-year-old was asked if he was a galáctico. “No,” he said. “Not yet, but I hope to be one.”