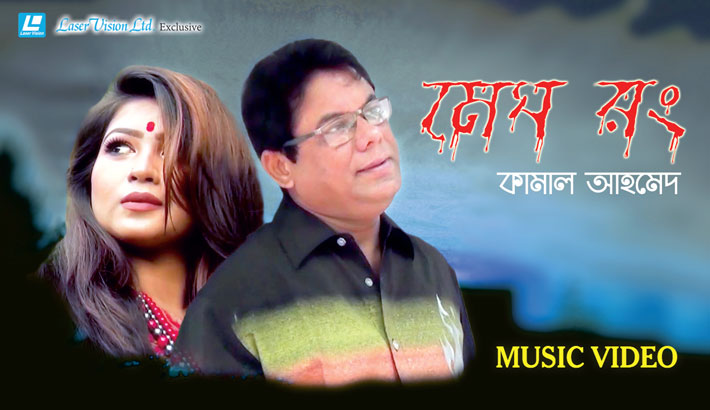 Megh Rong, a music video of Barsha Biroho by Tagore singer Kamal Ahmed will be released on June 15.

The video will be released in the YouTube channel of Laser Vision at 08:00pm on the day.

Lyricist of Megh Rong is Mohammad Abul Kalam Azad, music and video is directed by Zamiur Rahman Lemon. Tonu Anam performed as a model in the music video. Kamal Ahmed is a Rabindra Sangeet singer of the country. He is currently serving as the director of programme at Bangladesh Betar.

He has performed in BTV and different private channels in Bangladesh and also in Tara TV of India on numerous an occasions. Besides stage performance in Bangladesh, he performed at Bangladesh High Commission in Delhi, Maharaja Birbikram University at Agartala, and All India Women’s Congress,“Kolpotoru Mela” Rajarhat, Birla Academy of Arts and Culture and Rabindra Sadan at Kolkata.

He has released 16 solo and one mixed albums, mostly Rabindra Sangeet since 2007.