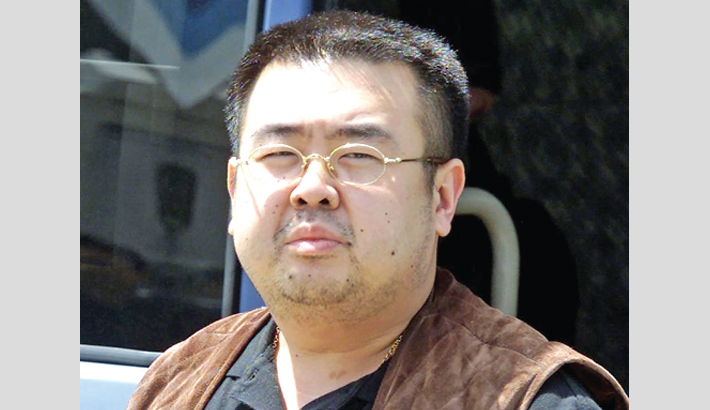 SEOUL: Kim Jong Nam, the estranged half brother of North Korean leader Kim Jong Un who was killed in Malaysia in 2017, was a CIA informant, the Wall Street Journal reported Tuesday.

Citing “a person knowledgeable about the matter”, the paper said Kim Jong Nam had met with CIA operatives several times.

Kim Jong Nam, who was once seen as heir apparent to the North’s leadership, died after having his face smeared with the outlawed VX nerve agent as he waited at Kuala Lumpur airport.

According to the Journal’s source there was a “nexus” between Kim Jong Nam and the CIA, but the paper said many details of his connection with the intelligence agency were unclear.

The source said Kim Jong Nam travelled to Malaysia in February 2017 to meet his CIA contact, but that may not have been the only purpose of his trip.

Kim Jong Nam died after being attacked at Kuala Lumpur International Airport on February 13, 2017 in a Cold War-style assassination that shocked the world.

Two young women, one Vietnamese and one Indonesian, were arrested and charged with the murder. They insisted they were tricked by North Korean agents into carrying out the hit and had thought it was a reality TV show prank.

Malaysian prosecutors eventually dropped the murder charges against them and Indonesian Siti Aisyah was released in March this year while her Vietnamese co-accused Doan Thi Huong was freed in May.

South Korea has accused the North of ordering the hit, which Pyongyang denies.