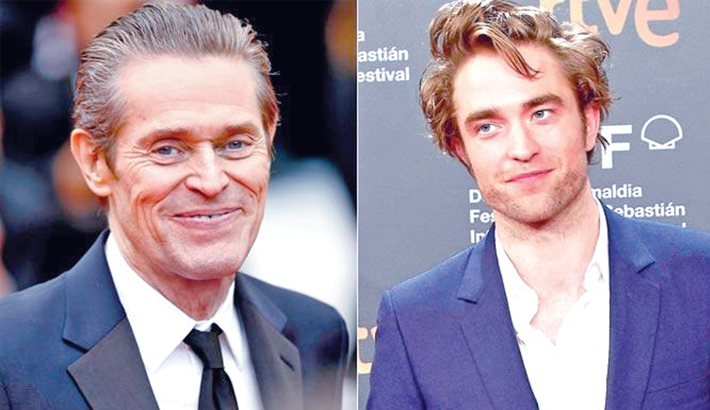 Actor Willem Dafoe believes Robert Pattinson, his co-star from the upcoming film "The Lighthouse", is perfect for the role of DC superhero Batman as he has "strong chin". Pattinson is currently the front-runner to play the Caped Crusader and is in negotiations for the Warner Bros and director Matt Reeves' upcoming film on the superhero.

During his appearance on Variety's "The Big Ticket" podcast, Dafoe explained why he believes Pattinson can do justifiably portray Batman/Bruce Wayne.

"He's got a strong chin. That's a part of it. Can you imagine anyone with a weak chin ever playing Batman? I don't think so," the Oscar-nominated actor said.

The actor currently stars alongside Pattinson in Robert Eggers' psychological drama "The Lighthouse". The duo plays 1890s lighthouse keepers who slowly spiral into insanity as they tend to a lighthouse on a slab of rock in the middle of a brutal New England storm. The film had its world premiere at the ongoing Cannes Film Festival.