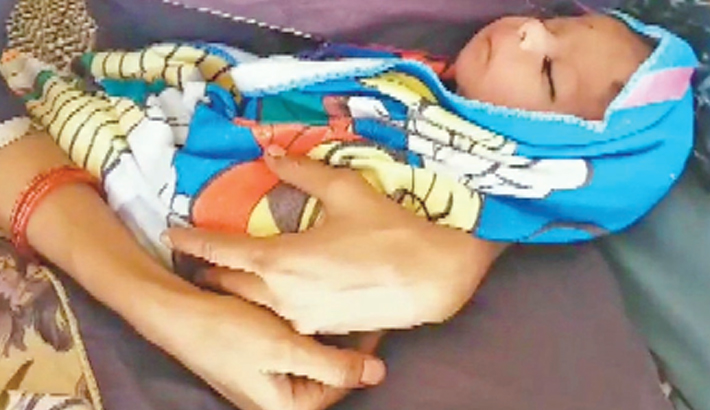 The woman, Mainaz Begum, gave birth to the boy on May 23, the day the results of the polls were declared, where the Prime Minister’s party won a massive mandate. Reportedly, Begum (40) had video-called her husband, Mushtaq Ahmed, who works in Dubai, after giving birth.

Over the call on Thursday, the couple discussed Modi’s victory in the Lok Sabha polls and decided upon the name.

Initially, Ahmed opposed to the idea, as did other people. However, Begum remained adamant so he later agreed, according to a PTI report.

“My son was born on 23 May, I called my husband who is in Dubai and he asked ‘Has Narendra Modi won?’ so I named my son Narendra Modi. I want my son to do good work like Modiji and be as successful as him.”

After everyone eventually agreed on ‘Narendra Damodardas Modi,’ Begum, who lives in the Parsapur Mahraur village, filed an affidavit, addressed to the district magistrate, to quickly have the name registered.

The affidavit was then submitted to Assistant Development Officer (panchayat) Ghanshyam Pandey.

Pandey has forwarded the application to the village panchayat secretary, who deals with registration of births and deaths.

Reportedly, Begum praised Modi and the BJP government’s welfare schemes in the affidavit. She referred to free gas cooking connections for the poor, financial aid to erect toilets, and even mentioned the triple talaq verdict.

Begum’s father-in-law, Idrees, said that the child’s name was the family’s private decision and “no one should interfere.”

To recall, BJP bagged 303 seats in the 543-member Lok Sabha in the general elections, crossing the 272 majority mark on its own. Along with its allies, it scored an impressive tally of 353. The Rahul Gandhi-led Indian National Congress secured a meager 52 seats.

Earlier on Saturday, BJP President Amit Shah had declared that all members of the National Democratic Alliance (NDA) have named Modi the leader of NDA Parliamentary Board.

Modi also declared that the minorities have been “cheated” adding that he would work towards earning their trust in his second term as PM.