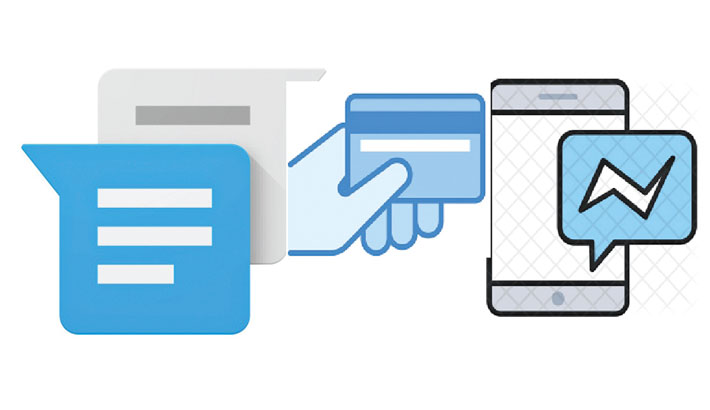 Social media giant Facebook is planning to launch its own cryptocurrency in early 2020, allowing users to make digital payments in a dozen countries.

The currency, dubbed GlobalCoin, would enable Facebook’s 2.4 billion monthly users to change dollars and other international currencies into its digital coins. The coins could then be used to buy things on the internet and in shops and other outlets, or to transfer money without needing a bank account.

Facebook Chief Executive Mark Zuckerberg met the Bank of England Governor Mark Carney last month to discuss the plans, according to the BBC.

Mark has also discussed the proposal, known as Project Libra, with US Treasury officials and is in talks with money transfer firms, including Western Union, to develop cheap, safe ways for people to send and receive money. A report last year said Facebook is working on a crypto currency that would let users transfer money using WhatsApp, its encrypted mobile-messaging app.

Earlier in March, some of the world’s biggest internets messaging companies are hoping to succeed where crypto currency startups have failed by introducing mainstream consumers to the alternative world of digital coins.

The internet outfits, including Facebook, Telegram and Signal, are planning to roll out new crypto currencies over the next year that are meant to allow users to send money to contacts on their messaging systems, like a Venmo or PayPal that can move across international borders.

The most anticipated but secretive project is underway at Facebook. The company is working on a coin that users of WhatsApp, which Facebook owns, could send to friends and family instantly, said five people briefed on the effort who spoke on the condition of anonymity because of confidentiality agreements.

The Facebook project is far enough along that the social networking giant has held conversations with cryptocurrency exchanges about selling the Facebook coin to consumers, said four people briefed on the negotiations.

Telegram, which has an estimated 300 million users worldwide, is also working on a digital coin. Signal, an encrypted messaging service that is popular among technologists and privacy advocates, has its own coin in the works. And so do the biggest messaging applications in South Korea and Japan, Kakao and Line.

The messaging companies have a reach that dwarfs the backers of earlier cryptocurrencies. Facebook and Telegram can make the digital wallets used for cryptocurrencies available, in an instant, to hundreds of millions of users.

All of the new projects are going after a market that has already proved popular with consumers. Venmo has taken off in the United States by making it easier to send payments by phone. And in China, many consumers use the payment system that operates inside the hugely popular WeChat messaging system.

“It’s pretty much the most fascinating thing happening in crypto right now,” said Eric Meltzer, co-founder of a cryptocurrency-focused venture capital firm, Primitive Ventures. “They each have their own advantage in this battle, and it will be insane to watch it go down.”

In a statement, Facebook did not directly address its work on a digital coin. The other companies declined to comment on their projects. Most of them appear to be working on digital coins that could exist on a decentralized network of computers, independent to some degree of the companies that created them.

Like bitcoin, the new cryptocurrencies would make it easier to move money between countries, particularly in the developing world where it is hard for ordinary people to open bank accounts and buy things online. The current designs being discussed generally do away with the energy-guzzling mining process that bitcoin relies on.

But the messaging companies are likely to face many of the same regulatory and technological hurdles that have kept bitcoin from going mainstream. The lack of a central authority over cryptocurrencies — a government or bank — has made them useful to criminals and scammers, and the designs of the computer networks that manage them make it hard to handle significant numbers of transactions.

Quantstamp Chief Executive Richard Ma said: “They are all going to run up against these same types of technological limits,”.

The Facebook effort, which is being run by a former president of PayPal, David Marcus, started last year after Telegram raised an eye-popping $1.7 billion to fund its cryptocurrency project. Facebook has been coy about what it is building: The team is in an office with separate key-card access so other Facebook employees cannot get in, according to two Facebook employees.

Facebook is looking at several ways to use the blockchain, the technology introduced by bitcoin that makes it possible to keep shared records of financial transactions on several computers, rather than relying on one big central player like PayPal or Visa.

The company is overhauling its messaging infrastructure, which would connect three of its properties — Messenger, WhatsApp and Instagram. That integration, which could take more than a year, would extend the reach of Facebook’s digital currency across the 2.7 billion people who use one of the three apps each month.

Meanwhile, another messaging app Telegram, which was started by a team of Russian exiles, has prided itself on thumbing its nose at governments. This could help Telegram in places like Iran and Russia, where people — especially dissidents — have difficulty using the traditional financial system.

Telegram sent a letter to its investors last month saying that it was 90 percent done with the key components of the network that would house the Gram, the name for its digital token. The company has told investors it hopes to have some version of the system out in the next few months, according to two investors who spoke on the condition of anonymity because of confidentiality agreements.

While Signal Founder Moxie Marlinspike is advising the effort, it is being run independent of Signal. The project is a favorite of many longtime cryptocurrency advocates because of strong privacy controls.

The companies are throwing significant resources into their projects, even as the prices of cryptocurrencies have plunged over the last year. Facebook has more than 50 engineers working on its project, three people familiar with the effort said. An industry website, The Block, has been keeping track of the steady flow of new job listings for the Facebook project.