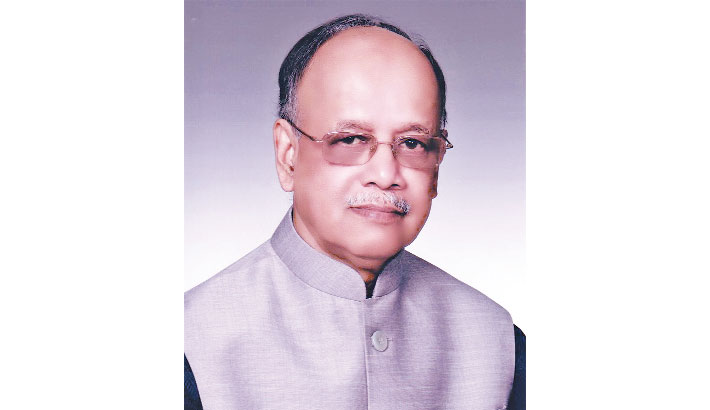 In a country with 1.4 billion people and 900 million eligible voters of which 23.1 million or 2.7 per cent of the total eligible voters are aged between 18-19 (first time voters), by any standard it would sound like a nightmare for any country in the world to conduct a national election. That is exactly what India did to elect members for its 17th Lok Sabha (Lower House in the Parliament) consisting of 542 seats and each seat is directly elected.  A total of 8,251 candidates contested in this election. Around 67 per cent of registered voters turned out to vote with record number of women voters turning out. No wonder India has been described as the largest democracy in the world and a rising economic superpower. The polls were conducted in seven phases and voters cast their vote using EVM and from the announcement of the polls’ dates and declaration of the result the incumbent Prime Minister Narendra Modi was the Prime Minister and the parliament was not dissolved contrary to the beliefs of many self-styled ‘Talk-Show Pundits’ and a section of civil society members in this country. Modi also used all the official protocols during his election campaign. No one objected to it.

Except in West Bengal, the seven phase voting was peaceful. Narendra Modi’s BJP alone won 302 seats 20 more than the party took in the election of 2014 and his NDA alliance in total bagged 350 adding 15 since the last election. A party needs a single majority of 272 seats in Lok Sabha to form a government in India. What was gain for BJP or the NDA was loss for Congress and other regional parties including Mamata Banerjee’s Trinamool Congress (TMC) in West Bengal. Five of its Bidhan Sabha (State Parliament) candidates resigned from the Bidhan Sabha to contest the Lok Sabha election of whom four lost to BJP. In the previous State election the scenario was just the opposite. In the previous election BJP had only two seats from West Bengal; now it has gone up to eighteen. TMC had 34 seats in the Lok Sabha from West Bengal; now they lost 12. Many see this as an ominous sign that TMC’s coming back to power in West Bengal will be difficult in the coming State election scheduled to be held in 2021.

The concluded Lok Sabha election saw the expected tragic demise of the Lefts. Unfortunately the Left parties fail to realise the ground reality and live in the fifties and sixties.

Narendra Modi is set to form the next government and incidentally he will be the second person to form two governments in a row, a feat that he will share with late Srimati Indira Gandhi. Once the mighty Congress could only win in 56 seats six more than the 2014 election. In West Bengal Congress was routed completely along with the Left Front. Uttar Pradesh, considered a bastion of Congress, has been completely breached by the saffron brigade. Amethi (sometimes also Rae Bareli), the seat from which Rahul Gandhi,  his great grandfather Nehru, grandmother Indira Gandhi, father Rajiv Gandhi, mother Sonia Gandhi contested earlier  and won, lost to one time TV serial performer Smriti Irani. Rahul managed to win from a seat in Karnataka while his mother Sonia retained her Rae Bareli seat. Once an all India party Congress has now been reduced to a regional party and may be its sun is setting.

In politics leadership matters and Rahul proved he does not fit into the shoes of his father or the family clan. When Rahul first time entered politics the then BJP leader L K Advani commented ‘Rajniti Baccho ki khel nehi hai (politics is not a game of children). That was years back and Rahul is yet to prove that Advani was wrong. In the 1984 election BJP had only two seats in the Lok Sabha and today under the leadership of Modi who is known as ‘Chaiwala’ and ‘Chowkidar’ to many has led his party win two successive national elections and win conclusively.

BJP is known as a party that thrives on Hindu Nationalism, Hindutva, which according to many analysts is bent to prove that Jinnah’s ‘Two Nation Theory’ was correct whereas a large section of people of this subcontinent still think partition of India based on ‘Two Nation Theory’ was wrong. Before the 2014 election Modi was very vocal on promoting the Hindutva that India should be essentially a Hindu country though more than 14.2 per cent of its population are Muslims. Just before the 2014 election when Modi was asked does he really want to rule India with the conception of Hindutva which he preaches, his diplomatic answer was for ruling India its founding fathers have given the country a constitution and he cannot ignore that. This time rhetoric by some BJP leaders, ministers and even Modi himself was similar to that of the pre-2014 election but on the evening of the day when he and his party were sure that they were forming the next government, Modi tweeted and assured that his policy will be inclusive not leaving anyone behind, ‘sab ke saath, sab ke vikas’ (development for all, including all). In a public rally in the same evening he repeated the same.

However, the Muslims in many places especially in Uttar Pradesh and also the Dalits, the low caste Hindus are scared. Last few months public lynching of people accused of eating beef have literally scared the general people, especially the Muslims in north India. Dalits in many parts of India still faces severe discrimination. Now it is up to Modi to prove that what he said is not what he meant.

Modi’s first task would be to leash the evil forces of his party who preaches hatred towards others. He must realise that this is not the last time he is going to form a government. Considering his age and ability to play to the gallery, he still has a better future waiting for him. India’s founding fathers believed in secularism and pluralism and that is reflected in its constitution. On June 16, 1858 when Abram Lincoln accepted the Illinois Republican Party’s nomination as that State’s senator in a debate with the incumbent Democrat senator Stephen Douglas depicted the danger of slavery-based disunion and said “A house divided against itself, cannot stand. I believe this government cannot endure, permanently, half slave and half free. I do not expect the Union to be dissolved - I do not expect house to fall - but I do expect it will cease to divide.” It is one of the great speeches in history along with his Gettysburg address.

Seventy two years later India still is a difficult country virtually a combination of many countries. It is divided into 29 states and seven union territories. India’s central government has 23 constitutionally recognised official languages. Hindi and English are typically used as official languages by the central government. State governments also use their respective official language. Hindi is the most widely spoken language in the northern parts of India, 53.6 per cent of population. In the South, Hindi is an alien language. Each region and virtually each state has own culture, food habit and even people’s way of life. Even the deity which they worship differs from state to state. Durga is more revered in Bengal and Ganesh in Maharashtra and Ram in the North. It can be safely said India is still a state but is yet to become a nation in true sense of the term.

Now with the election over and Modi set to form the next government after his historic win, he has a chance of coming out of his Hindutva shell and become a statesman like his predecessors in politics like Nehru, Ambedkar, Maulana Azad and Patel. Modi has an advantage. He comes from a humble background and can feel the pulse of the average people of India. Politicians who ruled before him did not have this advantage. He must ensure complete security to people of all faiths, belief and cast. India which is set to become an economic power house soon, it cannot afford to have a country divided along all these lines. A unified India has immense potential to play a major role in the global stage. India, though has a hostile neighbour Pakistan in the west, has a very friendly neighbour in the east, Bangladesh. The personal relationship between Bangladesh’s Prime Minister Sheikh Hasina and Narendra Modi goes much deeper that just the political relationship which both leaders have shown on many different occasions. Together they have solved quite a few long outstanding problems existing between the two countries. The land boundary agreement and exchange of enclaves that was a tragic legacy of the partition are noteworthy achievements. The tough stand taken by Bangladesh’s Prime Minister Sheikh Hasina on the armed insurgents and secessionists of North East India has made the region peaceful and safe. Bangladesh has given transit to the Eastern state of India, Tripura, to transport its large dimensional cargo from Bangladesh’s Ashugonj river port to Tripura by temporary damming one of its important rivers to build a power plant.

This was unparallel gesture to show what friendship means between two neighbouring countries. Sheikh Hasina was one of the first persons to congratulate on Modi’s historic victory expecting that the existing friendly relationship between the two countries will become stronger under Modi’s new government. Still the greatest unresolved problem is – solving the common river water sharing issue between the two countries, especially Teesta. Modi and his predecessor Manmohan Singh showed their sincerity in solving the problem time and again but due to the stubbornness shown by West Bengal Chief Minister Mamata Banerjee the problem is yet to be resolved.

After the just concluded election it is now clear that TMC under Mamata’s leadership will be in political crisis in near future with the Rajya Bidhan Sabha election schedule for 2021. TMC now virtually thrives on Mamata’s rhetoric and tantrums. Suvrojit Bagchi writing for the Daily Hindu on May 21, discussed about the disadvantages faced both by Modi and TMC in West Bengal. He writes ‘one key disadvantage of the BJP is its lack of a leader to match Mamata Banerjee in the State and …while the saffron party (BJP) clearly lacks a face (like Mamata) but has a reasonably better middle management than TMC. In West Bengal Mamata is the party and to combat her Modi and his party’s senior leaders had to come down from Delhi to give BJP a face in West Bengal. In many Indian and foreign media, it has been reported that the common people in most places did not vote for BJP but for brand Modi, something quite similar to Bangladesh’s Sheikh Hasina.

People of Bangladesh expects during this term of Modi the outstanding problems that exists between the two countries, including the water sharing problems of Teesta and other rivers and the huge trade imbalance between the two countries will be solved at the earliest. A strong government in the centre can overcome many unnecessary hurdles created by the states, notwithstanding the fact that India is a federal country and the desires of the people of states must be respected.

The imminent challenges facing Modi is the galloping unemployment, the sliding rural economy, lack of building sufficient infrastructure during his first term and ensuring security amongst the Muslim minority and the Dalits of his country. According to available sources many young Muslims voted for Modi with the hope that they will have a better India to live-in than their previous generation. Now it is the duty of Modi to fulfil their expectations. A united India can become an invincible power in the region. Let the newly elected Modi bring new hopes not only for his people but also for its neighbours, especially for its strategic neighbour Bangladesh.