Lilith: A film on the Planet 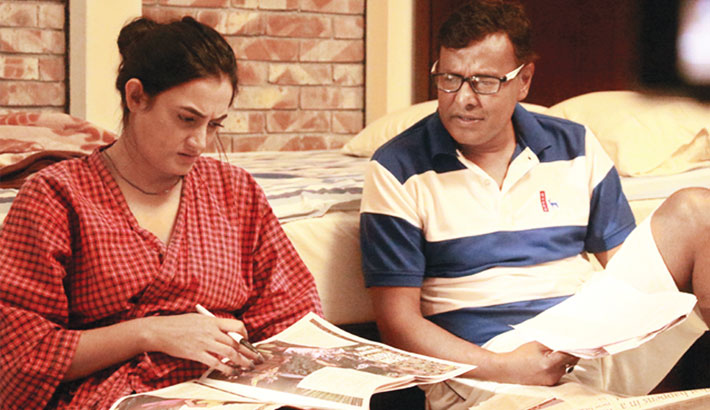 A scene from the film Lilith

Popular artistes in this time Arman Parvez Murad and Aprana Ghosh have paired up in a movie titled ‘Lilith’.

Directed by Kamrul Hasan Nasim, the film was shot in Pubail, Vogra, Gazipur and different shooting locations in the capital from March 18 to April 10, this year.  And almost 90 percent of the work has already been done. In addition, the film is produced in the editing table and the shooting of the film will end before upcoming Eid-ul Fitr.

Lilith is a mysterious character of ancient mythology. Talking to daily sun about the story of the movie Kamrul Hasan Nasim said, “The story of the film will focus on the aspects of spirituality, patriarchy, fear, life, death, sages, protest and reality of human civilization. Although, initially it appears to be a horror film, the audience will in fact float in a spiritual wave. Lilith is a film made for thinking community around the world, including Bangladesh. So, we want to say that Lilith is the film on the Planet”.

In a nutshell, the story and dialogue of the film are philosophical. I think, it will be deferent from as usual films”, he added.

Commenting about the film Arpana Said, “I had an idea about Lilith, as a result, when I get the script, I agree. It’s not like a traditional films, it’s called a philosophical journey. From every dialogue audience will get thinking idea. I am very happy to work with Lilith team.”

On the other hand, Arman Parvez Murad said, “It is totally a different work and the story of the film is also quite different.

I hope that people will become more humane through watching this film. Over all, it is a wonderful film.”