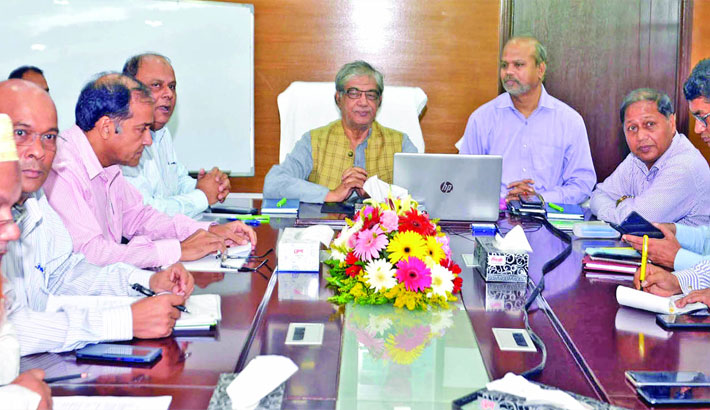 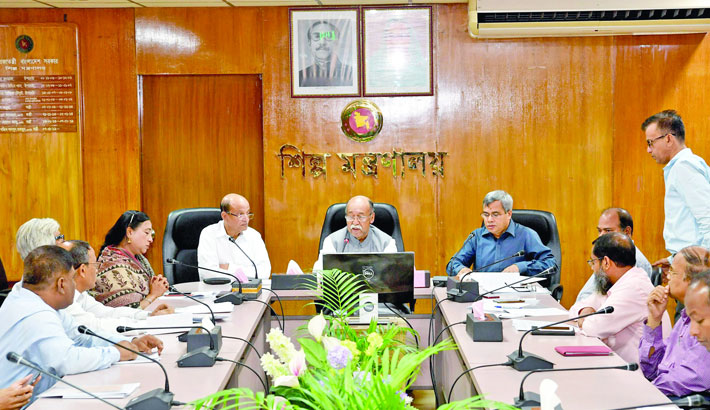 Industries Minister Nurul Majid Mahmud Humayun presides over a meeting on President's Award for Industrial Development-2017 at his ministry's conference room on Wednesday. 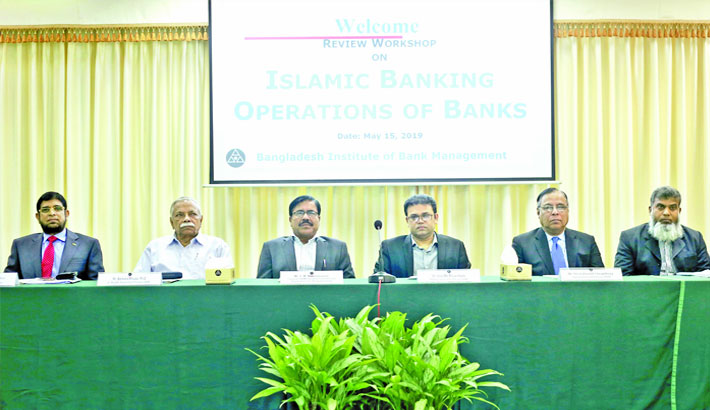 Bangladesh Bank Deputy Governor SM Moniruzzaman is seen along with BIBM Director Shah Mohammad Ahsan Habib at a workshop on Islamic banking at BIBM head office in the capital on Wednesday. 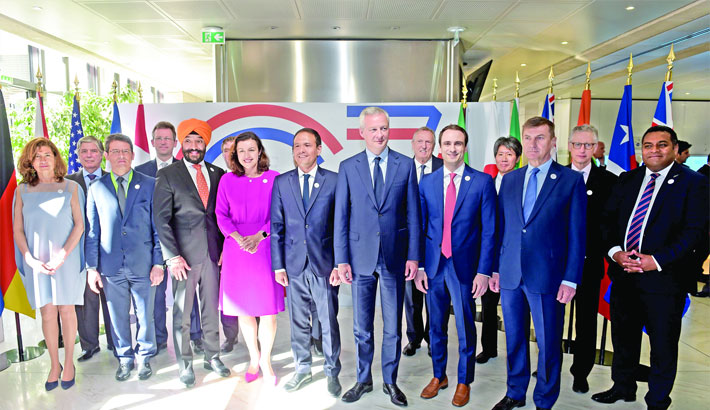 French Economy and Finance Minister Bruno Le Maire (C) and French Junior Minister for Digital affairs Cedric O (C-L), pose for a family picture with participants of a 'Tech for Humanity' meeting of G7 Digital Ministers on Wednesday, at the Economy Ministry in Paris, in parallel to the 'Tech for Good' summit which will bring together 80 tech chiefs in Paris to find a way for new technologies to work for the common good. 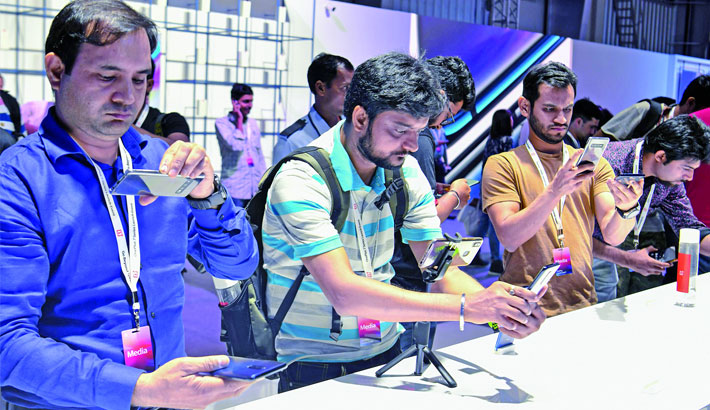 Members of the public take a look at the OnePlus 7 and the OnePlus 7 Pro smartphones at the experience centre soon after its launch event in Bangalore on Tuesday. The OnePlus 7 series was simultanesously launched globally from three different countries India, US, and Europe. 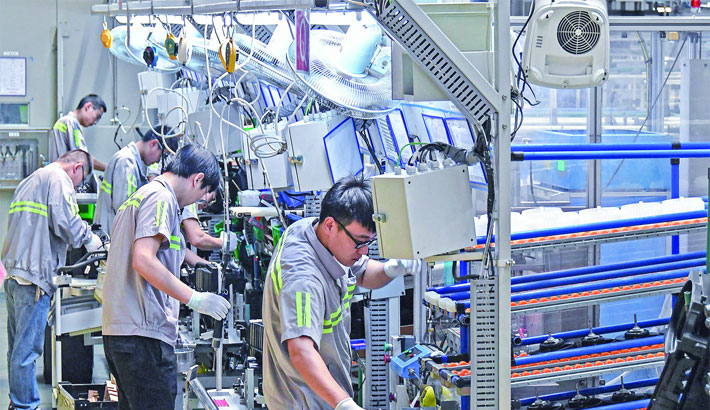 Employees work on an automobile air conditioning production line at a factory in Yantai in China's eastern Shandong province on Wednesday. 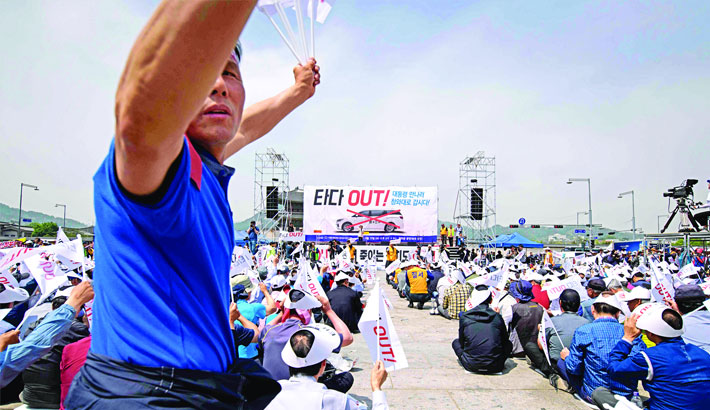 Taxi drivers protest against ride-hailing service 'Tada' saying such services threaten their jobs and livelihoods, in central Seoul on Wednesday. In January a South Korean taxi driver burned himself to death in protest against a ride-sharing service being introduced by the country's largest mobile chat app, the second to do so in a month. Uber closed its main ride-sharing service in 2015 amid an extensive backlash from cab drivers and now only offers taxi- and licensed-hire vehicle hailing. 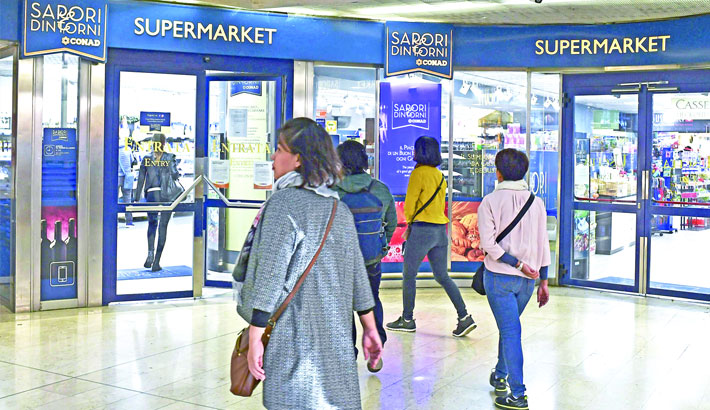 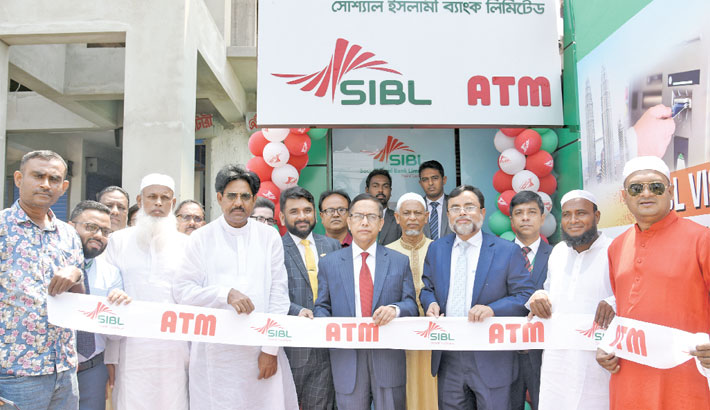 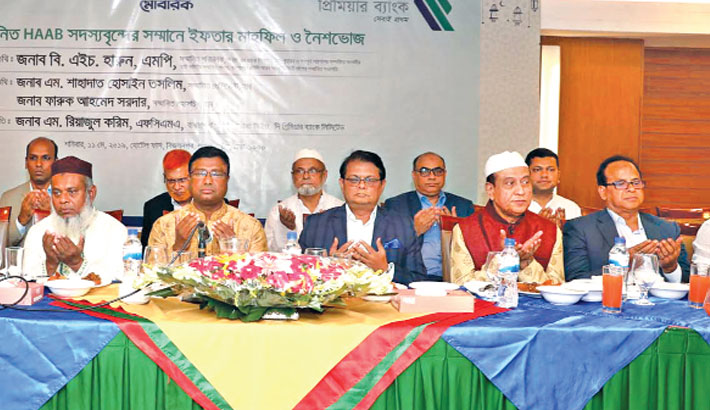 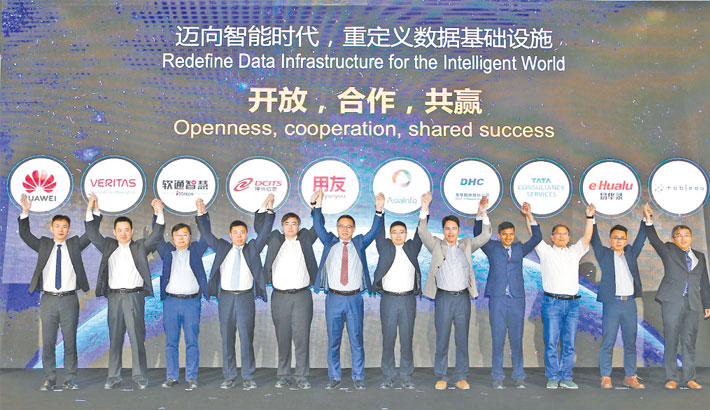 Huawei Executive Director and President of ICT Strategy & Marketing David Wang poses for a photo after launching the AI-Native database GaussDB of the Company in Beijing on Wednesday.