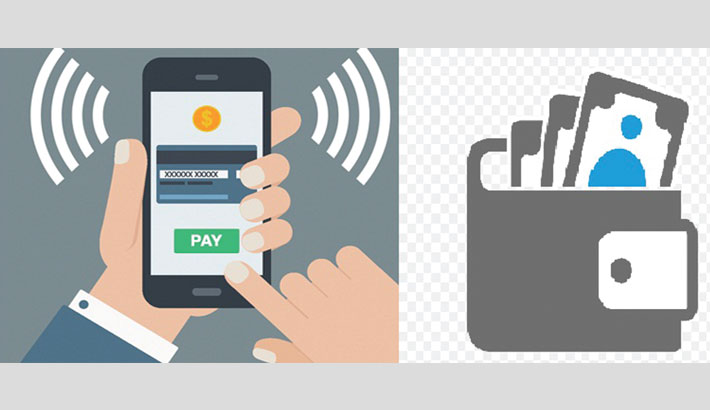 The concept of mobile banking has emerged as digital financial service in transformation of technology across the world.

In the last one decade, we have heard several success stories of empowering backward economies utilizing bless of mobile-led money transaction.

In example, the world communities mentioned two names of M-Pesa and bKash those platforms which have changed the economy of Africa and South Asia respectively.

M-Pesa launched in 2007 when the financial inclusion was only 19 percent there and by 2013 the country has reached 67 percent. Inclusive digital financial services offered by M-Pesa helped lift about 1 million people out of extreme poverty between 2008 and 2014 in Kenya according to United Nation Capital Development Fund (UNCDF) report. What a brilliant achievement!

Nearly a decade after its launch, M-Pesa has transformed economic interaction in Kenya.  Its success reshaped Kenya’s banking and telecom sectors, extended financial inclusion for nearly 20 million Kenyans, and facilitated the creation of thousands of small businesses.

M-Pesa has been especially successful in reaching low-income Kenyans: new data indicates that the percentage of people living on less than $1.25 a day who use M-Pesa rose from less than 20 percent in 2008 to 72 percent by 2011.

The success story of M-Pesa made me very much optimistic about mobile financial service (MFS) which could contribute a huge to ensure sustainable financial development in developing countries like Bangladesh.

In our country, most of the rural people are out of financial services. To include them in the services, MFS had been introduced in 2010. MFS includes mobile banking, mobile payments, mobile money, mobile insurance, mobile credit, and mobile savings.

After introducing this service, MFS gained remarkable popularity in the country especially bKash and Rocket contributed a lot in the industry so far.

Bangladesh has already achieved 37 percent financial inclusion by 2018 compared to 16 percent in 2011, the numerous report stated that in recent times. Low cost, easy accessibility and convenience of mobile finance have vastly contributed to the financial inclusion of countries unbanked population.

To drive financial inclusion, Bangladesh Bank issued a draft guideline in 2011 and permitted 28 banks to offer mobile finance in the bank-led model.

Citing central bank data, Rezaul mentioned that there are 18 active MFS operators exist in the market where almost 67.5 million registered subscribers, however, 37.3 million subscribers are active. The emerging market experience over 210 million transactions in every month.

The numbers are impressive and the industry is growing absolutely very fast. And he expected that more than 5 billion people and business, and at least 20 billion devices will be connected through digital technology by 2020 over the world.

MFS helps in faster disbursement of donor agencies fund and also helping in establishing transparency in Govt. disbursements.  Formalization of fund due to financial inclusion is resulting in higher revenue for government which already contributes to GDP.

Advance in access to mobile internet, cryptography, and distributed computing have given rise to financial innovation (Fintech) which bring products like MFS that has fostered financial inclusion in Bangladesh.

Digital-enabled innovation in the financial sector is changing the shape of the financial system in our country and contributing significantly to the rapid expansion of access to financial service and financial inclusion.

It helps governments to reduce operational costs and more effectively deliver transferable to their citizens. MFS also made low cost prepaid on the pay as you go business models viable in sectors such as energy, and thus enabled progress on the SDG.

But, still, half of our total population is unbanked. 90 percent e-commerce platforms are relying on cash on delivery. But, besides individuals, traders and small business would be greatly benefited from MFS particularly in countries like us where account owners are more likely to have mobile phones than debit cards. As per telecom regulator, the unique number of mobile subscriber is 92 million in the country.

MFS can help to reduce some market imperfections that are pervasive in the financial sector, such as incomplete or asymmetric information, high transaction cost, and high barriers to entry for new providers.

MFS helps individuals and business to have great control over their personal finance and financial decision making. Digital mobile payment can also help to reduce the gender gap in opening accounts. It might also help to close the financing gap faced by marginalized small medium entrepreneurs (SME) in our country.

Many traditional financial institutions have started to engage and partner with fintech companies to update their data analytics and mobile technology and to explore new technologies such as blockchain.

Over 80 percent of top global banks have some form of partnership with fintech. We are starting to adopt this trend. SureCash, another MFS provider in our country is working with 5 leading banks. Other service providers are also working to make the scenario better in future.

The World Bank’s Universal Financial Access goal is that by 2020 adults who currently aren’t part of the formal financial system, are able to have access to a transaction account to store money, send and receive payments as the basic building block to manage their financial lives.

The government should encourage innovating that uses technology to create new products, services, and jobs. In India, the issuance of biometric identification cards contributed to the rapid growth of account ownership.

The ultimate destination should be for MFS providers to develop the full fledge digital financial ecosystem which will comprise all the necessary elements; consumer, enterprise or merchant, business solution, credit rating and financing, nationwide delivery infrastructure, a proper MFS platform and distribution network and access channel to facilitate transaction and payment to make mobile financial service industry more usable and sustainable in Bangladesh.

Istiaque Ahmed Shawon is a start-up development specialist. He can be reached over email at [email protected]