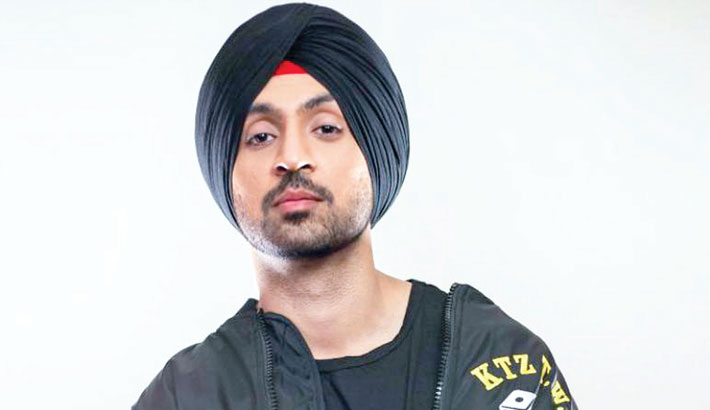 Before the release of Kylie + Kareena, Diljit Dosanjh had dedicated his last single, the undemanding Do You Know to the American reality show star, Kylie Jenner, of who the singer is a brazen fan. "When dubbing the track, I wasn't in the right frame of mind. So, I kept her photo in front of me, and then recorded it. It was a romantic song, so I had to get into that mind space," says the singer in an interview, reports mid-day.

An obsessive chaser of a sneaker brand backed by American rapper Kanye West, Dosanjh was redirected to the Instagram posts of the musician's sister-in-law in 2016. "I loved her eyes," he recalls with the same innocence that his fans would harbour when chronicling their love for him. That his obsession with her has rendered him in the same boat as his fans isn't lost on him.

"I wonder if my fans go through what I'm going through. That's a sweet feeling. Thus, when I meet them, I try to reciprocate their love. Often we're in a rush, and are short of time. But, I understand that when a fan knows he's set to meet you, he may spend the whole day thinking of that two-second-long interaction."

Discussing his latest offering, partly inspired by Jenner, Dosanjh is reduced to a ball of mush. When the multiple comments he's left on Jenner's Instagram handle couldn't evoke a response, he went a step further and put her in his song. Even though we don't know how he'd even manage it, he says he couldn't put Jenner herself in the track. "Kyunki, aadhi Kareena bhi toh hai." But, his leading lady, with fuller hips and thick lips, is characteristic of the American. Prod him on how he manages to pull off the feat of making a song on two revered women without attracting criticism, and he says, "Women are nature's creation. They are beautiful, and we respect that. I didn't think of it negatively, and it didn't come across that way either."

Dosanjh may have a mixed-bag of preferences. He talks at length about his devotion to folk music, even as this track - and the singer himself - reeks of references to the choicest brands. He admits, he's catering to the tastes of a wide range of fans. "I'm not a Bollywood [singer]. I don't do playback. I make songs of Punjab. I'm a folk singer, and my fans in Punjab and Canada enjoy that. The typical folk songs don't reach the media since the language cannot be easily consumed. But, they are close to my heart. So, I must strike a balance. Even while this track is on now, I'm currently in the studio working on a folk song with will be out next month."

Frivolous though it may seem, Kylie + Kareena is deceptively groovy, and has Dosanjh comfortably interacting with his leading lady in a seductive video that could arguably match international offerings. He must have spent lavishly on it, but alludes that music isn't an endeavour with monetary benefits. "If you compare the earning of an Indian single with that of an international track, it will be 1 to a 100. Listeners of Punjabi songs are still fewer. But, an Indian watching a video on the net will wonder why we can't match international standards. I've released this song myself. It may take me years to earn the amount I've invested. But, this is my passion. I'm not doing it for the money. We can't make money from songs."