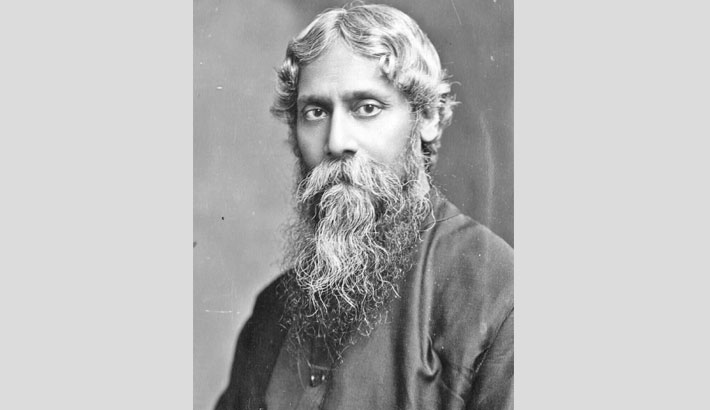 While describing the situation of the mid-19th century Bengal, renowned historian Nitish Sengupta observed in his book Land of Two Rivers: A History of Bengal from the Mahabharata to Mujib, “Nowhere else in the sub-continent were Muslims as worse off in Bengal, just as, paradoxically, few other communities derived as much benefit from British rule as the Bengali Hindus.” Under such a circumstance when Lord George Nathaniel Curzon, the then Viceroy of India, came up with the announcement of the partition of Bengal on July 19, 1905, Muslims of this region appreciated the decision. They found it as a way of ensuring required opportunities for their deprived community members. But the British Raj couldn’t remain strict on its stance over a long period of time. Six years later in the face of civil disobedience and a widespread nationalist movement by Bangali Hindus of Kolkata they announced the revocation of the Partition of Bengal on December 12, 1911. This decision disappointed the Muslims of East Bengal. To compensate them during his tour to Dhaka on January 21, 1912, Lord Charles Hardinge, the then Viceroy and Governor-General of India, assured a delegation of Muslim leaders that a university will be established in Dhaka. Back then East Bengal had 9 colleges but there was no university to facilitate higher education for its vast population. But a section of influential people, especially the educated Hindus of Kolkata, didn’t take Hardinge’s promise positively. They formally requested the Viceroy to repeal the plan of establishing a university in Dhaka and conducted a few agitation programmes to force the British government to change their decision. There has been a long-standing perception that Rabindranath Tagore was one of the organisers of these campaigns. Was he really against the establishment of the University of Dhaka? Ahead of the 158th birth anniversary of this iconic figure in Bangla literature, ‘morning tea’ has endeavoured to find out the answer of this question.

In his article ‘Dhaka Bisshobidyaloy Protishthar Birodhita o Rabindranath’ essayist Kuloda Roy opined that different people had diverse reasons for opposing the establishment of the University of Dhaka. Some of the Muslims of West Bengal and Bihar thought that the new university would benefit the residents of East Bengal and it would not bring any difference in their lives. As a result they opposed the establishment of DU. Besides, many Muslims of East Bengal observed that there were not much Muslim students who passed matriculation and intermediate examinations annually. They believed that instead of establishing a new university if the British government could set up more schools and colleges, it would help the Muslim students to pursue education. They assumed that a new university would only cut the budget short for the education of Muslim students. Thus they didn’t like the idea of founding a university in Dhaka. Reputed Muslim leaders like Maulana Akram Khan, Barrister Abdur Rasul, Moulovi Abul Kashem and Moulovi Liaquat Hossain were notable personalities who belonged to these two groups.

But the biggest class that opposed the establishment of DU was the educated section of Kolkata’s Hindus. Certainly there were a few people among them who didn’t want the progress of Muslims but the main reason of their opposition was different. They presumed that the budget for the University of Calcutta would be slashed if another university is allowed to emerge. That is why they were against the initiation of DU. A team headed by Sir Dr. Rashbehari Ghosh submitted a memorandum against the establishment of Dhaka University to Viceroy Lord Hardringe on February 12, 1912, when he returned to Kolkata after completing his Dhaka tour. Many Hindu politicians, namely Bipin Chandra Pal, Surendranath Banerjee, Ambika Charan Mazumdar and Ananda Chandra Roy, supported him. According to Syed Abul Maksud’s book Dhaka Bisshobidyaloy o Bangladesher Ucchoshikkha, Sir Ashutosh Mukherjee, the then Vice-Chancellor of Calcutta University, was most vocal among all the people who opposed the establishment of DU. However, he was finally managed by the Viceroy by creating four new posts of professor for Calcutta University.

Rabindranath Tagore had intimate personal and family relationships with most of these prominent Hindu figures. In the initial years of anti-partition movement he actively took part in it and worked with them. Therefore, many people assume that like these Hindu leaders Tagore also opposed the establishment of DU. It is evident that this educated section of Hindus arranged 11 rallies in support of their demand in different places of West Bengal including one at Garer Math in Kolkata. Former advisor of the caretaker government Major General (Retd) MA Matin stated in his book, Amader Swadhinata Sangramer Dharabahikata ebong Prasangik Kicchu Katha, that Tagore was against the establishment of DU and he presided over that Garer Math’s rally on March 28, 1912. Following the publication of the book AZM Abdul Ali, editorial board member of literary magazine ‘Kali o Kolom’, differed with this opinion in an article where he asked MA Matin to mention the source of his information but Matin didn’t make any response. Professor Rafiqul Islam wrote a book titled Dhaka Bisshobidyaloyer Ashi Bochor based on his long research. His findings also don’t support MA Matin’s statement.

As a disciplined creative genius Rabindranath Tagore noted and preserved details of every single incident of his life. He is one of the most researched persons in Bangladesh and India. Thus it is very much possible to find that whether he was against the establishment of DU or not. On the day of Garer Math’s rally Tagore was not in Kolkata. His son Rathindranath Tagore wrote in his memoir Pitrismriti that on March 19, 1912, his father was scheduled to begin his journey towards England by a ship but due to his sudden illness he had to cancel the trip. Similar description can be found from Rabindranath Tagore’s letter to his junior friend Dr. Dwijendranath Maitra which was written on March 21. He came to Kushtia’s Shilaidaha on March 24 for taking rest for a few days. Voucher of the transportation cost of Tagore and his wife’s visit to Shilaidaha was added to the cashbook of Thakur Bari. On March 28, the day of Garer Math’s rally, Tagore talked about his health update to his children’s house tutor Jagadananda Roy through a letter posted from there. Besides, his biographer Prasanta Kumar Pal stated that he wrote a poem titled ‘Sthir Noyone Takiye Achi’ on that day which is a part of his poetry compilation Gitimalyo. In the next 14 days of his stay in Shilaidaha he penned 17 poems and songs. Tagore returned to Kolkata on April 12. So, it is needless to say that he had no connection with the Garer Math’s rally.

Rabindranath Tagore was invited by the scholars of East Bengal and Dhaka University several times. Following such an invitation he came to Dhaka on February 7, 1926. According to Dr. Biswajit Ghosh’s article ‘Dhaka Bisshobidyaloy ebong Rabindranath’, Tagore was cordially welcomed by the commoners of Dhaka. He stayed in the personal boat of Dhaka’s Nawab ‘Turag’. In honour of him a tea party was arranged at Dhaka’s Ahsan Manzil on February 8. During this visit Dhaka’s different institutions and organisations including Dhaka University, Dhaka University Central Students’ Union, Muslim Hall Student Council, Jagannath College, Dhaka Collegiate School, Dhaka Municipality, Hindu-Muslim Seba Sangha, Peoples’ Association, Ratepayers’ Association, Dipali Sangha and Purbo Bongo Brahmo Samaj arranged special receptions for him where Dhaka’s scholars attended in large numbers. He delivered a significant speech on the ‘Meaning of Art’ on February 10 and another one on ‘The Rule of the Giant’ on February 13 at Curzon Hall which amazed Dhaka’s educated class. It is mentionable that Dhaka University’s academic council conferred a honourary Doctor of Literature (LittD) degree on Rabindranath Tagore in a special convocation on July 29, 1936, albeit he couldn’t attend the programme due to his ailing health.