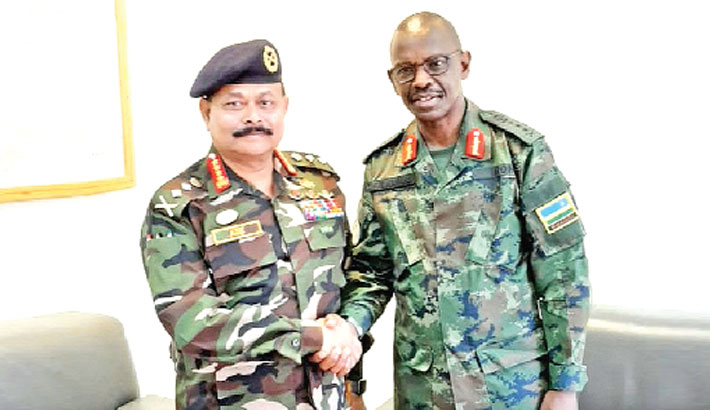 During the meeting, both of them expressed high standards of professionalism, sincerity and competence in UN Peacekeeping activities of the soldiers of Bangladeshi contingents engaged in peacekeeping missions in South Sudan and praised for the direct contribution of Bangladesh Army to the development of South Sudan’s communication system.

Chief of the Army Staff also visited the contingents of Bangladesh Army in South Sudan and gave directional instructions to the soldiers in a special darbar (meeting).