Elle Fanning says she wants to be a pop star 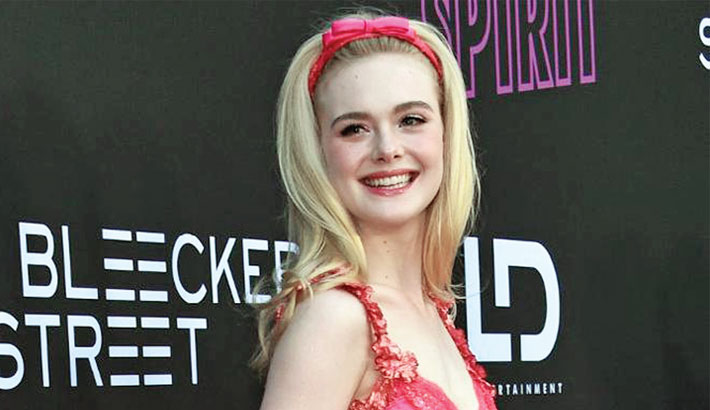 Hollywood actress Elle Fanning, known for films like Teen Spirit, Maleficent and We Bought a Zoo, dreams of becoming a pop star. "It's definitely crossed my mind. That's not out of the question and I feel like I did get a taste of maybe what pop stars go through with the performance element because also there would be days where I would have to just sing like the song 30 times," Fanning told website Consequence of Sound, reports femalefirst.co.uk.

She added: "That element of it I was like, 'Whew'. That's an element people don't think of when they think of pop stars. The strength of having to go on tour ... that would be a lot but I don't know, maybe an album or something of songs would be cool. Country songs to surprise everybody!"

Fanning also said she has been a huge music fan since her youth. She said: "My first concert I ever went to was Gwen Stefani when I was nine, and it was in Budapest. It was just insane. I was a little nine year old in glasses. I had curled my hair, I wore this like crazy red dress. I remember exactly what I wore. I was so excited to go.

"I danced probably harder than I've ever danced. Like, my little body, I was so sweaty. I remember I was just like throwing myself. It was crazy. I was like with my grandmother and she was just sitting down and letting me dance. It was just so funny."Even now, that was such a visceral experience for being so young, you are like ... you can't believe what's happening in front of you. I do remember that."