Alia pleaded with Ayan to cast her opposite Ranbir Kapoor 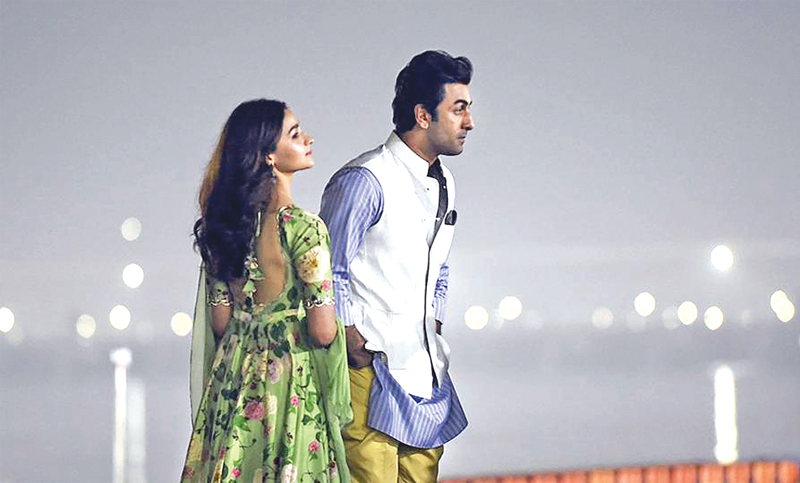 Actor Alia Bhatt has said that she has forever been a fan of her boyfriend and actor Ranbir Kapoor. In a recent interview with Firstpost, Alia revealed that she pleaded with filmmaker Ayan Mukerji to cast her opposite Ranbir in his upcoming film Brahmastra, reports Hindustan Times.

“The idea for Brahmastra was conceived long back when Ayan had just done Yeh Jawaani Hai Deewani. I wanted to work with him and I have always wanted to work with Ranbir as well. I pleaded to Ayan that please cast me with him,” she said. Alia spoke at length about Ranbir’s talent and how he is just like her when it comes to acting.

“With Ranbir, it is a completely different experience because I have always admired him. He is my favourite actor since he made his debut. He will always remain my favourite because he is so honest and effortless. When I set to work with him, I was thinking that I will understand his process of acting, but there’s no process.

He is like me, he acts in front of the camera, and suddenly off camera, he is seen eating chocolates, or chatting, wanting to know what is the gossip for the day.

He is very hard working, so effortless and that is the beauty,” she said.

Alia also talked about her Gully Boy co-star Ranveer Singh and Kalank co-star Varun Dhawan. “It is very different with each one of them. Ranveer’s energy is on an another level. We shared a very special bond. It was very new. There was lot of admiration, lot of excitement for both of us. I genuinely love him. He is a gem of a person. I actually feel that Ranveer and I am very similar. Varun is like my right arm. We have a strong connect. I understand what he means even before he says it. We instinctively act together. It is like an unsaid thing. We almost see the imaginary waves going through the two of us,” she said.

Alia and Ranveer earned a lot of praise for their film Gully Boy but Kalank opened to lukewarm reviews with many calling the film a pretty but shallow affair. Kalank has made Rs 31 crore at the box office in two days.

After Kalank, Alia will now be seen in Brahmastra which releases in December. She will also begin working on Karan Johar’s directorial, Takht later this year. After that she has her father Mahesh Bhatt’s Sadak 2 with Aditya Roy Kapur, Sanjay Leela Bhansali’s Inshallah with Salman Khan and SS Rajamouli’s RRR with Ajay Devgn.