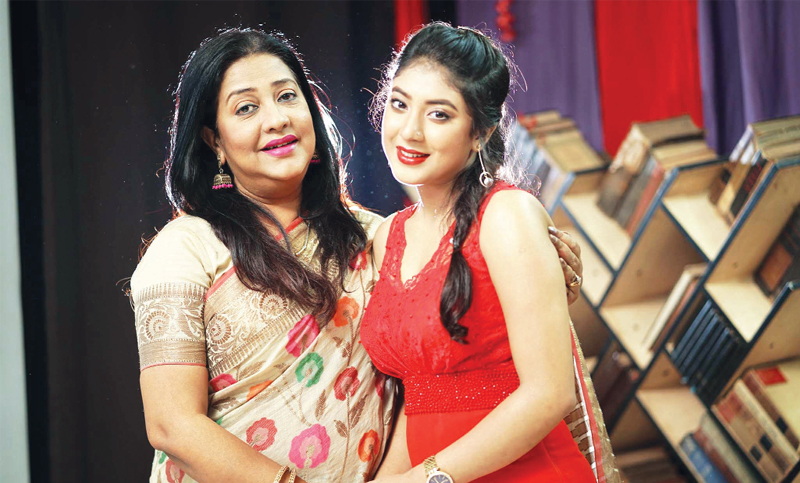 Written and directed by Badrul Anam Soud, the serial is being aired every Tuesday to Thursday at 9:30pm on BTV.

Suborna Mustafa is essaying the role of the Neela’s mother while popular actor Azad Abul Kalam is Neela’s father in the serial.

Speaking about this drama Suborna Mustafa said, “As acting is my main profession, I would like to do it when I get good offer. Among my other works, I am giving time for the shooting of this drama serial as well.”

“The story of this mega serial is light-hearted and it is made to entertain the audience. Neela is trying to give her best performance in the drama, and I hope she will continue this effort in future too, Suborna added”

Badrul Anam Soud said, “I am really positive about the drama serial. I think it will be well-accepted by the audience and they will enjoy it. I would like to thank everyone associated with the project.”

Ekushey Padak-winning actor Suborna Mustafa is currently staying in USA and will return to the country on April 22.