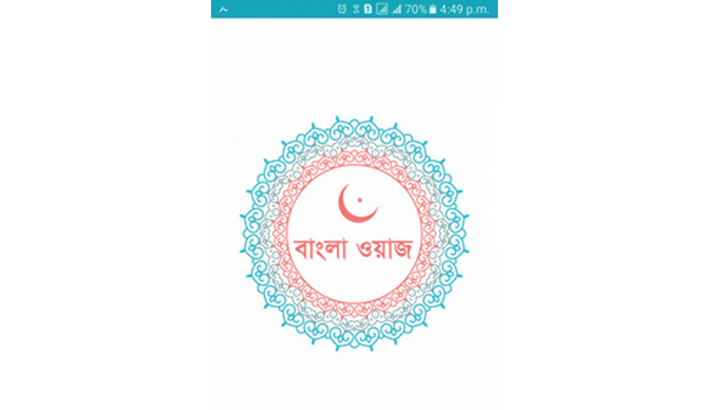 One of the most popular ways of Islamic preaching, especially, in the Indian subcontinent is waz. It is well known in our country as waz mahfil.  A group of people are contributing a lot to preaching Islam among mass people throw this way. However, there are some incidents, disagreements in opinions, conflict of philosophy, doctrines and dogmas, various and different irrelevant contents, ways of delivering a speech, body languages etc make this way very questionable among the concerned people. It is really disheartening to learn that attractive and melodious voice and comedy behaviour in delivering speech are the two most vital qualities in this field than deep knowledge and wisdom (hikmah) and skills in Islam and Islamic science of da'wah (preaching) to be popular among mass people. Therefore, those who are involved in this field are more serious and careful about following and practising those two qualities rather than acquiring Islamic knowledge and wisdom (hikmah) and practising the way of sunnah to preach Islam and its teachings. Many of us claim, as a result, its negative effects destroy peace and harmony in the society, lead people to be pessimistic to Islam and Islamic teachings. Moreover, people are taking this as a tool of entertainment. If anyone, for example, searches "Bangla Waz" in YouTube can realise this reality. Although a few number of people are doing a great job in this field as they have really deep Islamic and other knowledge and good skills, most of them are creating problems because of their lack of knowledge and skills, week in wisdom, lack of ability towards understanding the context and situation, aggressiveness, self-superiority, carelessness about using appropriate and suitable language, raising insignificant, irrelative and questionable issues. The situation should be improved in a sense that this way of da'wa (preaching Islam) would be useful for the people and the society in any way. The following guidelines would help the people to be on the right track in preaching Islam:

i. Intention (Niyyat) must be good and for seeking Allah and His Messengers' (pbuh) pleasures.

The intention is very important in any deed and action. In Islam, our rewards and punishments depend on our intentions. It is narrated on the authority of 'Umar bin al-Khattab (Ra), who said: "I heard the Messenger of Allah (pbuh), said: 'Actions are according to intentions, and everyone will get what was intended….'" (Sahih al-Bukhari, Hadith no. 01). Therefore, all wa'iz (who delivers a speech) should make their intentions correctly only as they seek the pleasure of Allah and His Messenger (pbuh). Moreover, whenever they speak anything it should only be for conveying Islamic teachings to the people as they will be interested in practising them.

ii. Choosing contents and their explanations

A da'i or wa'iz should be careful about the contents of what he is talking about and their explanations. They should not select and raise any content which can make the people confused, spread controversy and destroy peace and harmony in society. In the case of an emergency, if it is related to tawhid (Oneness of Allah), or Sunnah (Prophetic traditions), he/she should be very careful in considering the audience, context and situation and try to apply hikmah (wisdom). Moreover, we must be careful about the explanation of any significant issues of Islam. The explanation must be based on the Qur'an, Sunnah and other authentic sources. Stories which are illogical, impossible, irrational and which have not any authentic source must be avoided. It attracts an audience but effects negatively. If anyone studies the Qur'an and Sunnah, he/she can have a lot of true stories to explain the contents and attract the audiences. We should keep in our mind that speaking the right thing in the right way, in the right situation and before the right people can only bring the benefit. Otherwise, it can result negatively which is not the objective.

Naturally, we as a human are not free to form negative human behaviours. But, it should be keept in our mind that once we are devoting ourselves for preaching Islam, we must be careful about controlling negative human behaviours. A wa'iz must know how to refrain from being angry, especially, when he/she is delivering a speech. It is very true that while a person becomes angry during his speech, he/she loses the grip on his sense. As a result, in many cases, it leads him to chose wrong and slang words and apply false judgment which is very harmful to the Muslim audience and Islam. Moreover, body language is also very important in delivering any speech. A da'i of wa'iz should not indicate to anything through wrong body language which does not look good and is not accepted in a gentle society. He/she should keep in his/her mind that he/she has been invited as a very honoured, respected and religious leader. He/she is representing Islam and Muslims in general and especially, the Prophet (pbuh). Another important quality that should be practised by a wa'iz is controlling voice according to the situation. Allah says in the Qur'an, "And be moderate in your pace and lower your voice; indeed, the most disagreeable of sounds is the voice of donkeys. Do you not see that Allah has made subject to you whatever is in the heavens and whatever is in the earth and amply bestowed upon you His favours, [both] apparent and unapparent? But of the people is he who disputes about Allah without knowledge or guidance or an enlightening Book [from Him]". (Surah Luqman, 31:19-20).

iv. Self-superiority and humiliating & neglecting others

Keeping self-superiority in mind destroys the beauty of a person. It is very harmful in the field of daw'ah. None can claim that only he/she is perfect and doing correct and others are imperfect and doing wrong. Each and everybody has some lacks in his/her personal, family, social, economic, political, national, international and religious life. One may have those lack more than that in you but it does not mean that he/she will be thrown into the Hellfire. In any sense, you cannot judge others as they are the people of Hellfire (Jahannam). None can find a Hadith that proves our Prophet (pbuh) states or indicates anyone as or any group of people namely as he/she or they are the people of Hellfire rather than we find many hadiths that he (pbuh) indicated a person and asked his (phuh) companions to see a person of Jannat. We can find the ‘ashara mubashshara' (Ten companions of the Prophet (Ra) as they had been given the good news of Jannat from this worldly life) but we cannot find like this who are the people of Jhannam except mentioning such deeds and actions and who are involved in those actions will be thrown to Hellfire. Therefore, it is really against Sunnah to mention any name and say that he will go to Hell. It should be kept in our mind that our beloved Prophet (pbuh) never humiliated and neglected anyone even though he/she was an idol worshiper. Moreover, he (pbuh) forgave even Abu Sufiyan before entering into the Makka thus, later on, he accepted Islam. Here is the beauty of Islam.

v. Combination of speech and action

It is very true that while people listen to the speech they can follow the words of the speaker in their practical life or not. For example, if any rich man, (most of the famous wa'iz in our country are rich) delivers any speech regarding very simple life of the Prophet (pbuh) although he (pbuh) was the state chief of Medina, his kindness to the poor as he (pbuh) spent all of his (pbuh) wealth among them and made a prayer to Allah as He, almighty, makes him (pbuh) poor and, finally, this is the Prophetic (sunnah) way of leading our lives, this will not be useful  for the people. They will look at us to see whether we follow the instruction or not. If we do, they will be interested to do that, if not, they will not be interested in following any words of the speaker. Allah says in the Qur'an, "O you who have believed, why do you say what you do not do? Great is hatred in the sight of Allah that you say what you do not do." (Surah as-Saff, 61: 2-3).

Therefore, those who devote their lives in preaching Islam and claims themselves as Da'i or Islamic Wa'iz, should be careful about all these issues when they convey the messages of Islam to the people and seek the pleasures of Allah and His Messenger (pbuh). May Allah accept all of our good deeds and forgive our shortcomings!