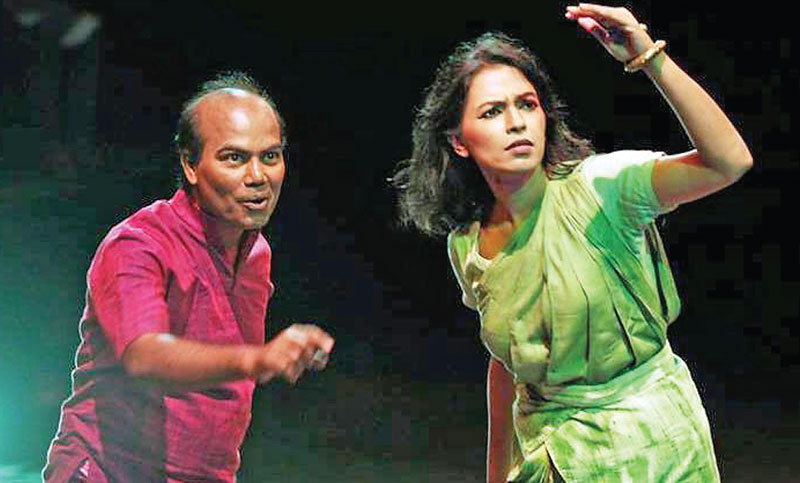 Popular theatre troupe BotTola will stage the 69th show of their much acclaimed theatrical production ‘Khona’ at the main auditorium of National Theatre Hall of Bangladesh Shilpakala Academy today at 7pm.

The play Khona will be staged at the ongoing ‘Syed Badruddin Hossain Memorial Theatre Festival.

Written by Samina Luthfa Nitra and directed by Mohammad Ali Haider, the play tells the story of Khona, an iconic character in Bangla folklore who left behind many beautiful sayings on agricultural aspects, popularly known as ‘Khonar Bochon’ or the sayings of Khona.

Mihir, an astrologer, is disowned by his father Barah, as the former makes a grave astrological miscalculation. Barah is a royal astrologer of Dharmaketu. Lila (Khona), the wife of Mihir who is also a powerful astrologer, reunites the father and the son.

Then, Lila and Mihir are introduced to the royal court and eventually both of them join as the royal astrologers.

After a short while, Lila starts reading the future and finds out that the farmers in the kingdom have high prospects in agriculture.

She gathers knowledge and spreads her findings among the farmers in the form of rhythmic verses. Seeing the high popularity of Lila, her father-in-law Barah becomes jealous. He claims Lila’s work as his. When she retaliates, Barah orders Mihir to cut Lila’s tongue off. Since then Lila is known as ‘Khona’ or ‘who cannot speak’.

Meanwhile, Sharmin Eti, Humayan Azam, Shewti and Lochon Palash have composed the music for the play.