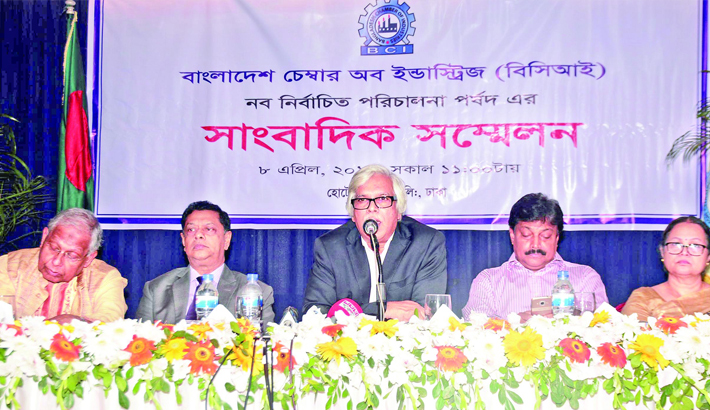 Bangladesh Chamber of Commerce (BCI) President Anwar-ul Alam Chowdhury (Pervez) speaks at a press conference at a city hotel in the capital on Monday. 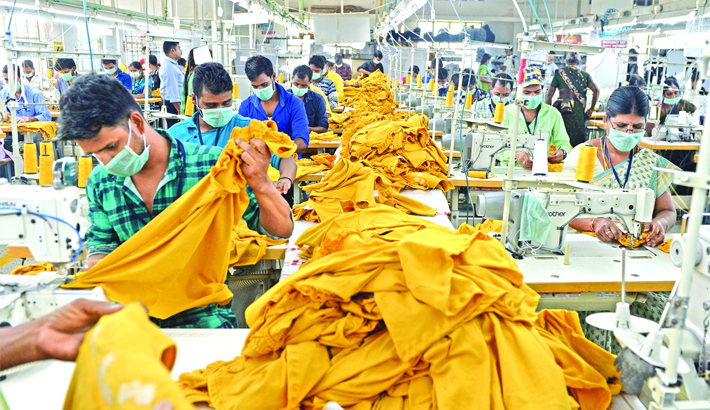 In this photo taken recently, Indian labourers stitch apparel in the tailoring section of a textile production unit in the south Indian city of Tiruppur. India's Prime Minister Narendra Modi announced the surprise withdrawal of most of the country's currency from circulation in November 2016, justifying the sudden move as a means to flush out cash being hoarded by wealthy tax cheats. But ordinary businesses reliant on cash were kneecapped, banks thrown into chaos and the entire Indian economy recoiled from what one global lender described as an "acute monetary shock". 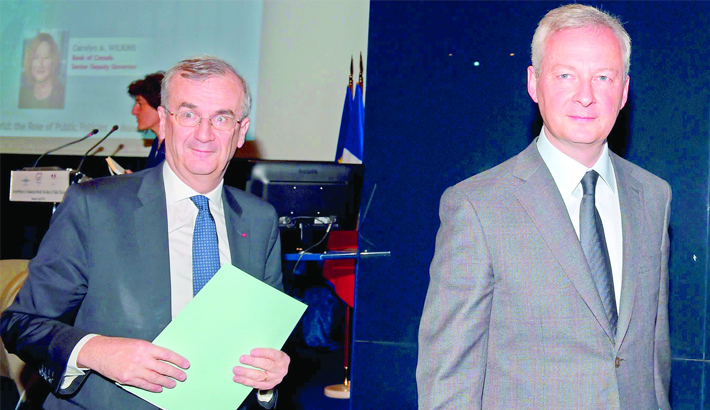 French Economy and Finance Minister Bruno Le Maire (R) walks with Banque de France Governor Francois Villeroy de Galhau (L) as he leaves after addressing the opening of a Banque de France's "Competition in a globalized World: the role of public policies" forum at the Banque de France headquarters in Paris on Monday. 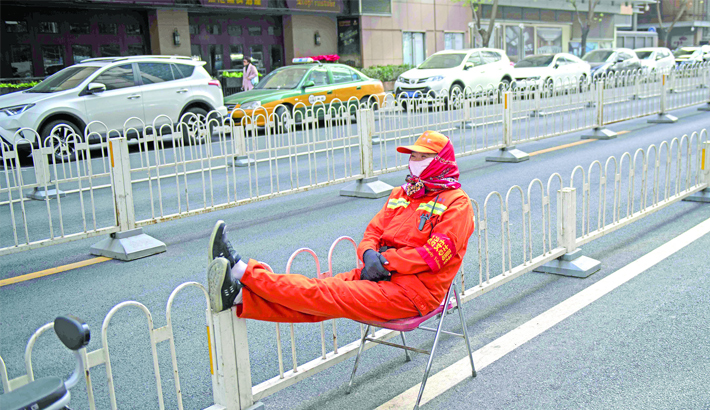 A parking attendent sits on a chair on a street in Beijing on Monday. China's e-commerce logistics saw mild growth in March as household consumption and logistics efficiency both picked up, according to an industry report. 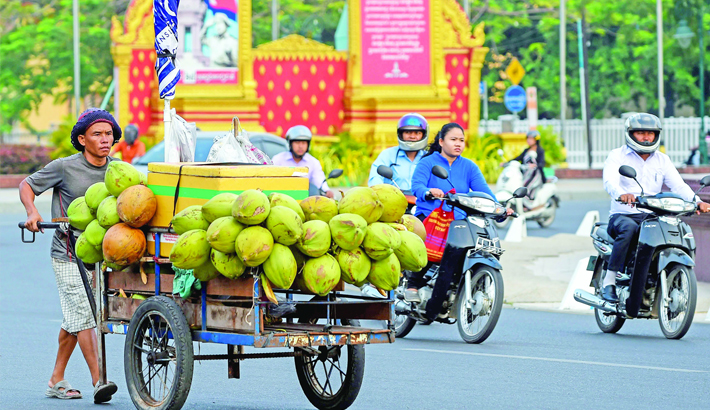 A Cambodian vendor pushes his cart loaded with coconuts along a street in Phnom Penh on Monday. Cambodia may be focusing on importing tourism-based products that could further add up to the tourism sector's costs, Minister of Tourism, Thong Khon, said during a ministerial meeting. 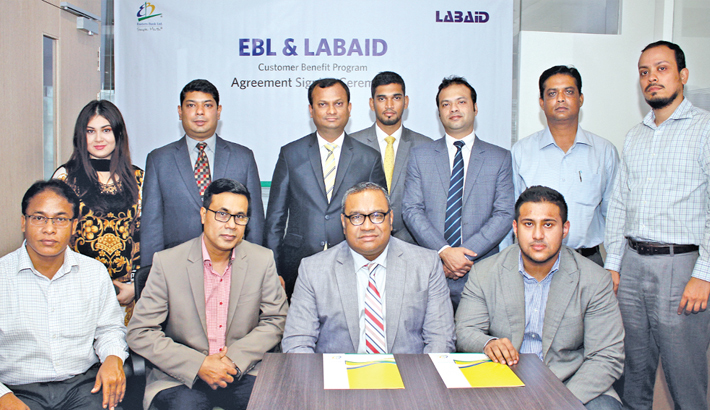 Eastern Bank Head of Retail and SME Banking M Khorshed Anowar and Labaid Executive Director Sakif Shamim are seen at an agreement signing ceremony in the capital recently. Under the arrangement, EBL cardholders will enjoy special privileges while taking healthcare services at Labaid. 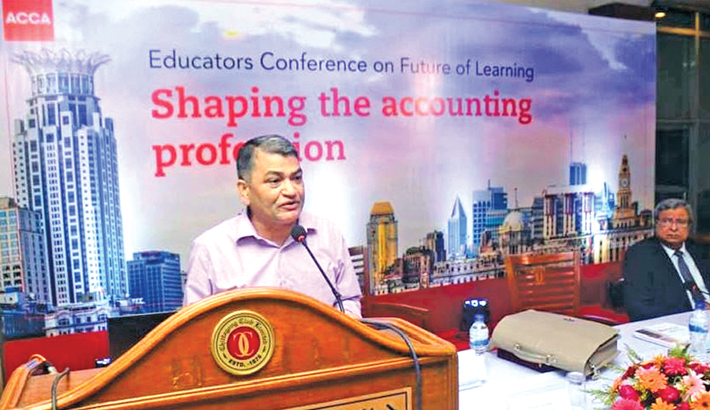 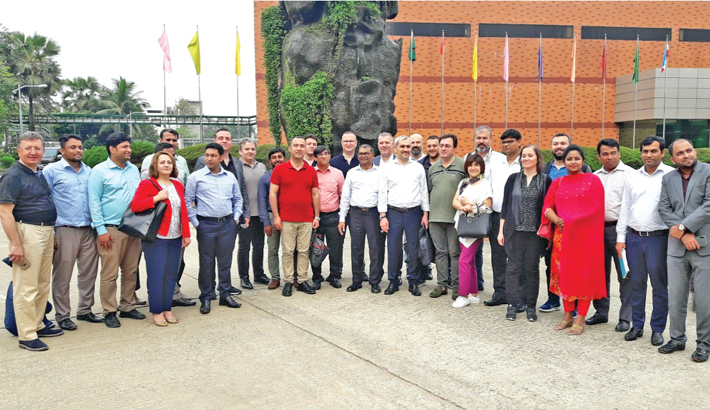 A high level Turkish health business delegates pose for a photo after visiting the Beacon Pharma factory in order to import anticancer drugs from Bangladesh. The delegates are impressed to see the quality system of Beacon. Turkey and Bangladesh can work together in manufacturing advanced life saving drugs. Beacon’s Plant Head Golam Robbani was also present on the occasion. 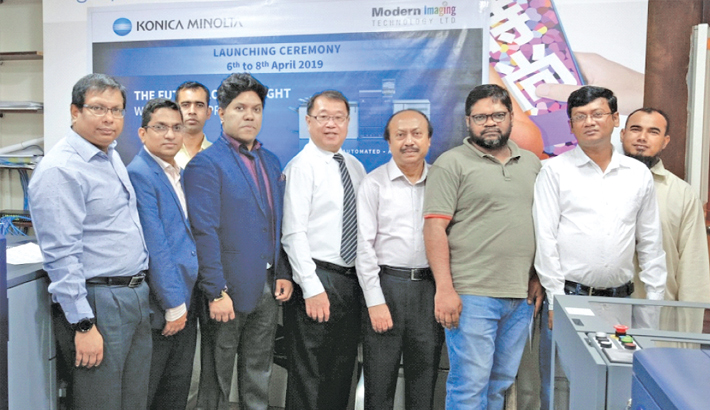