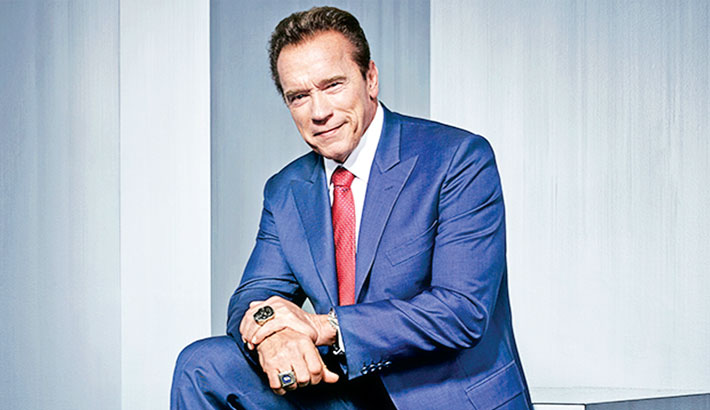 The new film also reunites Hamilton with star of the franchise, Arnold, who played the role of the humanoid killer robot in many films. Dark Fate is scheduled to release in November this year. Sharing the picture, Arnold tweeted, “I am back.”

Linda Hamilton, who returns to the Terminator franchise with the upcoming installment, has said the films made after 1991’s Judgement Day were “very forgettable”, an AFP report said. On the sidelines of CinemaCon, the actor was asked about the previous three films, all of which failed to live up to the expectations. Hamilton replied, “They’re very forgettable, aren’t they?... (I watched) most of them. I didn’t see the last one. I really wanted them to be good. You start something and you’re invested in the franchise, but somehow the characters that you care about weren’t there. Too many people, too many story points. So I think we’ve done a good job of narrowing down the focus again so it will echo the first two films,” she added.

The 62-year-old actor is the original star of the franchise, having kickstarted it with James Cameron’s 1984 film Terminator. She played the role of Sarah Connor, who finds herself in danger after a humanoid robot from future is sent by artificial intelligence Skynet to kill her so that her future son John is never born.

Hamilton later reprised the character in Judgement Day, transforming from a damsel-in-distress to a warrior. However, she was missing from the subsequent installments—Terminator 3: Rise of the Machines (2003), Terminator Salvation (2009) and Terminator Genisys (2015).

Hamilton said she took six weeks to say yes to return to the franchise. “I gave it probably six weeks of intense thinking and consideration before deciding to do it. I wasn’t sure if I wanted to. I didn’t want it to look like a shameless money grab. I am living this quiet, lovely life that doesn’t involve being a celebrity, and you really have to think, do I really want to trade that in again for another 15 minutes?” she added.