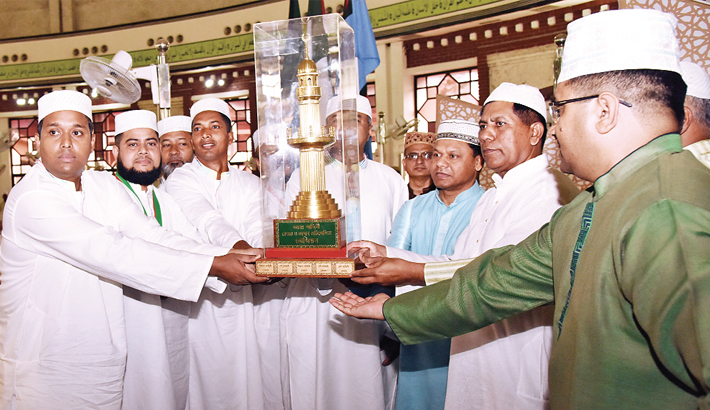 The prize distribution ceremony of the Inter-Service Qirat and Azan Competition-2019 was held at the Army Central Mosque at Dhaka Cantonment after Juma prayers on Friday, reports BSS.

QMG Lieutenant General M Shamsul Haq attended the ceremony as the chief guest and listened to Qirat and Azan of the competitors, said an ISPR press release.

Later, he distributed the prizes among the winners.

Senior military officers, a large number of members of the three services and other devotees were present on the occasion.

Bangladesh Navy won the championship trophy while Bangladesh Army became the runner-up in the competition.