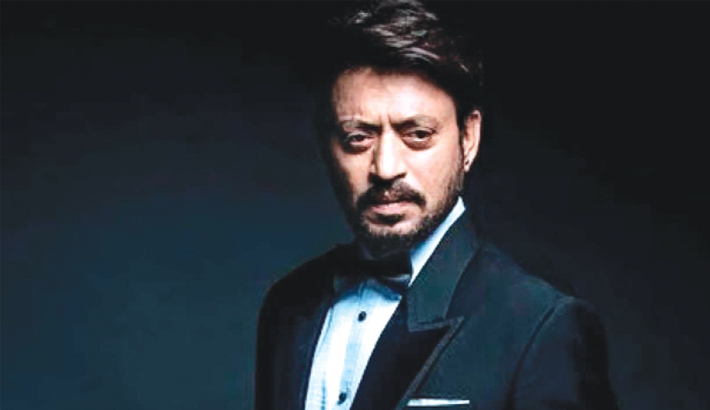 Actor Irrfan Khan has started shooting for the sequel to Hindi Medium, titled Angrezi Medium in Udaipur. The film officially went on the floors in Udaipur on Friday and the first pictures show Irrfan in a healthier avatar.

The actor had returned from London last month after undergoing treatment for neuroendocrine tumour , which kept him away from work for about a year. Angrezi Medium is his much awaited film after the success of the original 2017 film.

Directed by Homi Adajania of Cocktail fame and produced by Dinesh Vijan, the film will tell a new story about Irrfan’s onscreen daughter who goes to London for higher studies. While Kareena Kapoor is being reportedly signed opposite Irrfan’c character, Pataakha actor Radhika Madan has been confirmed for the role of his daughter in the film.

Angrezi Medium will be shot in Udaipur and London.

The original Hindi Medium was directed by Saket Choudhary with Pakistani actor Saba Qamar as the female lead . Irrfan had won several awards for his performance in the film.

After being occasionally spotted with a mask, the actor was recently seen removing his mask at the Mumbai airport as the paparazzi clicked his pictures. The actor finally announced his return a few days back. He took to Twitter to share a note, “Maybe somewhere in the pursuit of winning, we forget how much it means to be loved. In our vulnerability, we are reminded. As I leave my footprints onto these steps of my life, I want to pause to be grateful for receiving your immense love and support, it soothed me in my process of healing. So I travel back to you, thanking you from the bottom of my heart.”