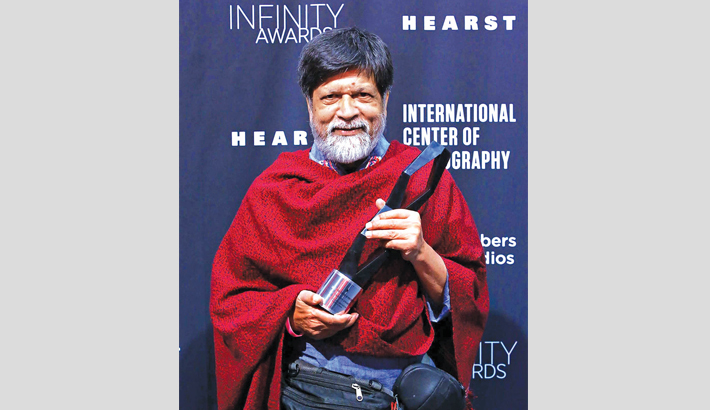 Internationally renowned photographer and activist Shahidul Alam has received the prestigious Infinity Award by the International Center of Photography in New York city. The Special Presentation award was handed to him at the 35th annual Infinity Awards gala on April 2. The ICP Infinity awards are widely considered as leading honour for excellence in the field of photography, writing, and visual arts.

Earlier in a press release, ICP said, Alam has been awarded as a photojournalist, who has long given the world essential insight into political turmoil, refugee crises, and much more, bringing visibility to critical social justice issues. Alongside his work as a photographer and teacher, he has always spoken out for the rights of Bangladeshi citizens, never shied away from speaking truth to power and the members of ICP Trustees and leadership extols his conviction.

ICP, world’s leading institution dedicated to photography and visual culture was founded in 1974 to preserve the legacy of “concerned photography”—the creation of socially and politically minded images that have the potential to educate and change the world.