Will Smith’s latest episode of Bucket List is about Bollywood 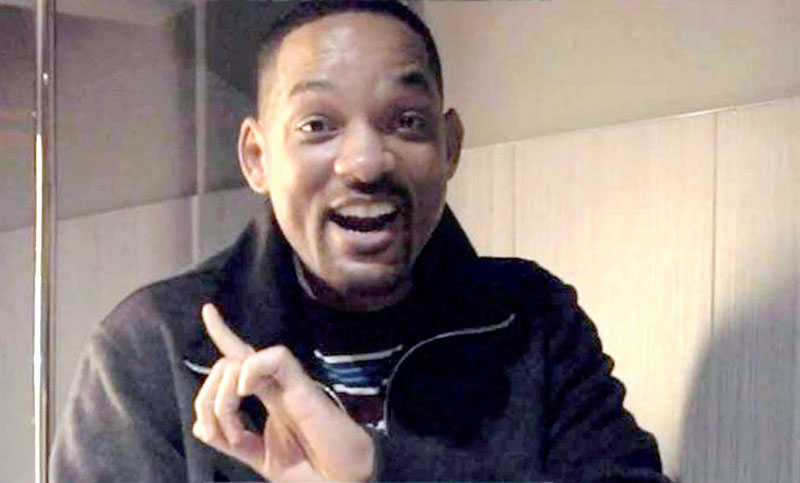 There had been a huge buzz ever since Hollywood sensation Will Smith made a visit to India. The international icon started the year with an interesting show titled Bucket List wherein every week he unfolds a set of real-life adventures and tries to complete his Bucket List.

The latest episode of Bucket List showcases Will Smith's experience in Bollywood. In the video, Will Smith lands in India and witnesses the culture and diversity of the country while riding and auto across the lanes, reports mid-day.

The Hollywood sensation later talks about how starring in a Bollywood song has always been part of his bucket list. Then the actor meets Ranveer Singh and they both discussed how movies and songs are shot in Bollywood movies. Ranveer then informs Smith that when songs are shot in Bollywood films, it is more like a carnival. Post this, Ranveer takes Smith to see a video of his song Tattad Tattad from his film Goliyon Ki Rasleela- Ram Leela. On seeing the video of the song, Will feels the energy of Bollywood and does a few steps with Ranveer.

In the second part of the video, Smith meets Karan Johar and Ranveer Singh to take tips from them on how to gear up for his big Bollywood dream. Karan Johar tells him that Student of the Year 2 is being shot and he can be a part of a song. Karan and Ranveer school Will on Bollywood dancing and they all seem to be having a gala time. Post the meeting, Will is nervous but eventually makes it to the sets of Student of the Year 2 and dances it out with the news students Ananya Pandey, Tara Sutaria and Tiger Shroff on a reprised version of Radha. With this, Will’s journey in Bollywood comes to an end on a happy note.

Earlier, the actor has swam cage-free with sharks, bungee jumped into the Grand Canyon, ran a half marathon, tried his hand at stand-up comedy and experienced formula racing with his son.

The upcoming episode is one of its kinds as the actor chose one of the biggest film industries of the world to showcase his experience in the sixth episode of his series.