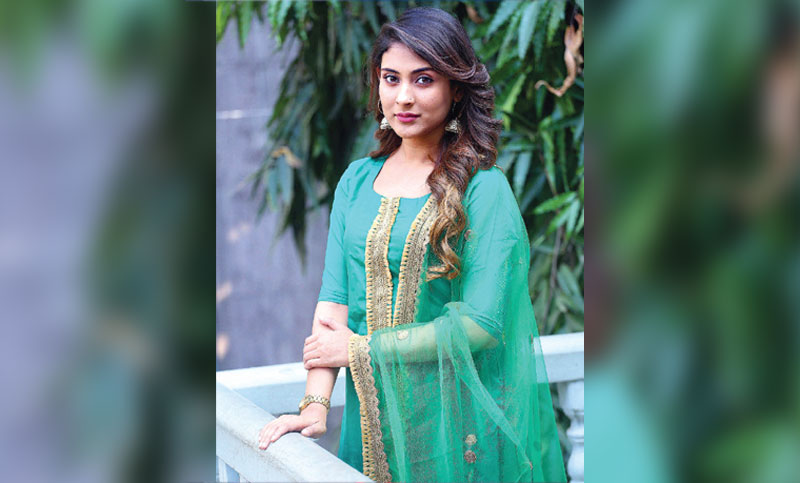 Popular small screen actress Mehazabien Chowdhury has been busy with doing shooting on whole year. When a special day comes she became busier! Now she is passing busy time to do shooting for dramas for upcoming  Pahela Boishakh. She will be seen in Pohela Boishakh special single drama titled ‘Trutimukta’ on Nagorik tv.

Mahmudur Rahman Hime is the director of the drama.

Talking about this drama Hime said, “When someone surviving with any serious disease he/she didn’t get support from everyone. Who stand by their side they are the actual friend. I tried to portray this humanity on Trutimukta.”

On the other hand, Mehazabien said, “Last Valentine I had worked with Mahmudur Rahman Hime in two dramas. Both had appreciated by audiences. Me and Apurba bhai (Ziaul Faruq Apurba) working with Hime again.” This drama contains emotion, love and affection which will be liked by audiences, she hopes.

Besides, Mehazabien will be seen in some others directors like Mohammad Mostafa Kamal Raz, Mizanur Rahman Aryan, Mohitul Mohim, Imraul Rafat’s single dramas on Pohela Boishakh.