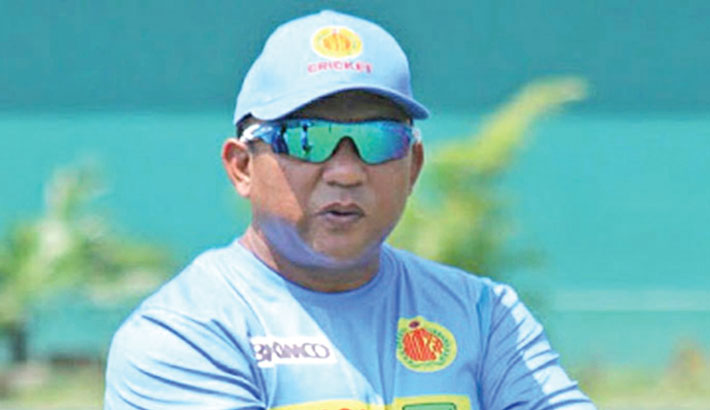 Abahani Limited head coach Khaled Mahmud Sujon was not fazed by the form of Soumya Sarkar as he believes that the batsman is in good touch despite not playing a big knock.

Mahmud, the former Bangladesh skipper and now a director of the Bangladesh Cricket Board (BCB) nursed Soumya in his early cricketing days and is very aware of what the player is capable of.

According to Mahmud, popularly known as Chacha in the cricket fraternity, Soumya needs some luck to prolong his innings and he is indeed one big innings way to regain the consistency ahead of the ICC Cricket World Cup.

In the last four matches he played for Abahani Limited in the Dhaka Premier League (DPL), Soumya scored 33, 26, 43, 29, which clearly suggested that he just couldn’t convert the start he got on most of the occasion.  Soumya also made 30, 22 and 0 in three ODIs against New Zealand before hitting a 149, his maiden century in the first Test at Hamilton.

“Soumya has started very well in every match but what’s the matter is that he can’t prolong his innings, Mahmud said here today (Sunday).

“I have talked to him in this regard. He is well aware of that. He is trying very hard and very sincere in the practice session. Hopefully one good knock, one long innings will make everything alright,” he said.

From what Mahmud has seen that Soumya has the natural talent, a thing that however forced him to keep confidence on the batsman.

Even though Soumya hasn’t been as consistent as he was early in his career as well as not playing a big knock despite starting well, Mahmud refused to give up hopes on him.

“He is a very good hand-eye coordination player. I have reminded him of his talent. I have worked with him in the Prime Bank when he was a new player. That time he batted with freedom and I told him to bat that way,” he said.

“It’s right that his responsibility is now increased and he is now a player of the national team, so there is an additional duty for him. But I think he is starting very well. Just luck doesn’t favour him. He needs some luck,” he concluded.