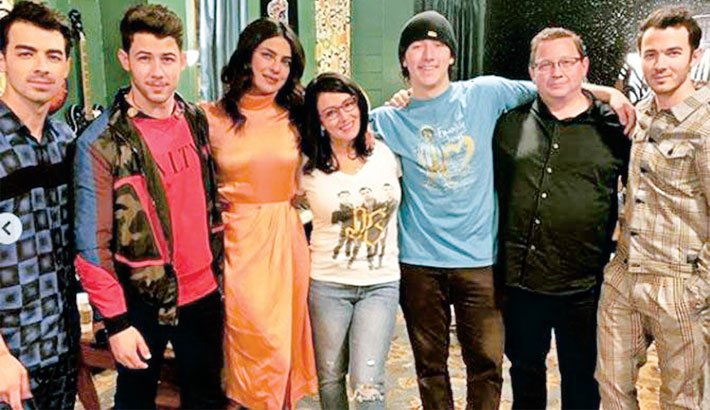 Amidst divorce rumours, Priyanka Chopra Jonas attended her first Jonas Brothers concert in Atlanta and called it "incredible". Priyanka, who is married to pop-singer Nick Jonas, took to her Instagram page and shared a photograph in which she can be seen striking a pose with the Jonas brothers - Nick, Joe and Kevin.

She captioned the image: "My first ever Jonas Brothers show.

And it was incredible! I am so proud of these guys! Family." Priyanka also posted a backstage video on her Instagram stories, where she was seen cuddling up to Nick and was heard saying: "This is my first Jonas Brothers concert and I am very excited and proud of them.”

The Isn't It Romantic star has featured in Jonas Brothers' latest music video Sucker. The two were also seen vacationing in Miami.

On the work front, Priyanka will next be seen in the upcoming Bollywood film The Sky is Pink, while Nick is shooting for the next instalment of the Jumanji franchise.