Lopez opens up about her engagement with Alex 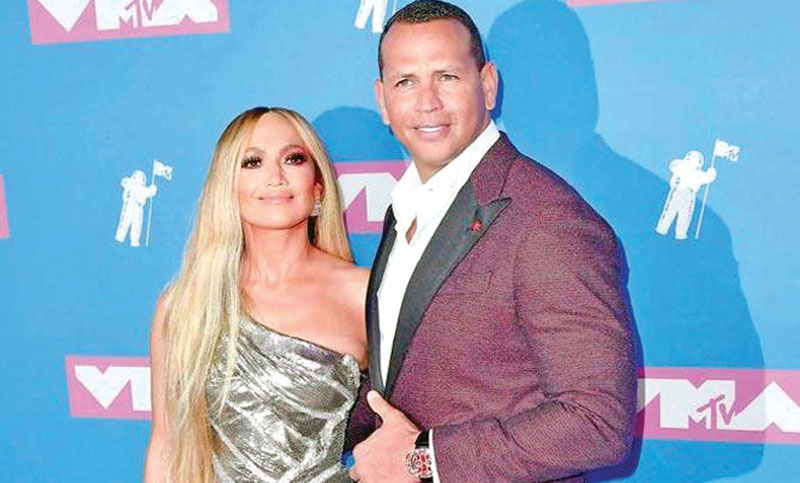 After returning to New York from their island getaway, Lopez and Rodriguez revealed that engagement isn’t their only new collaboration.

American singer Jennifer Lopez and Alex Rodriguez recently got engaged after two years of dating. The singer is already excited to build a future with her beau and opened up about the same for the first time ever since her engagement.

Expressing her happiness, Lopez told People: “We’re really happy.” Rodriguez also spoke about their relationship and added, “We have the appreciation for where we are in our lives today, and that’s what we’re enjoying the most.” This comes just days after Rodriguez surprised Lopez with a stunning diamond ring and a romantic proposal while on a vacation in the Bahamas.

After returning to New York from their island getaway, Lopez and Rodriguez revealed that engagement isn’t their only new collaboration. The two just announced their first fashion partnership as a couple as the newest brand ambassadors for an eyewear label called Quay Australia.

The two co-stars in the new ad campaign and also inspired two different collections for the brand-Quay x JLo and Quay x ARod. The pair believes in teamwork and they pull it off well. They seamlessly coordinate their red carpet fashion looks and they even set off a trend with their #10DayChallenge no-sugar, no-carb diets.

“Everything that we do, we do together. He knows my dreams and I know his dreams, and together we feel like we’re stronger,” Lopez said. The two also like spending quality time with their family, which includes Rodriguez’s daughters Natasha (14) and Ella (10) with ex-wife Cynthia Scurtis and Lopez’s 11-year-old twins Max and Emme with ex-husband Marc Anthony.

While shooting with the eyewear brand in Miami, their children even stopped by the set. “We all come down here and it’s our city, it’s our second home,” Lopez said. “We’re constantly supporting each other in our individual endeavours and thinking about all the things that we can build together,” Lopez added.

The duo announced the happy news of their engagement on March 10, sharing matching photos of Lopez wearing her stunning diamond engagement ring as Rodriguez can be seen holding her hand in the picture.