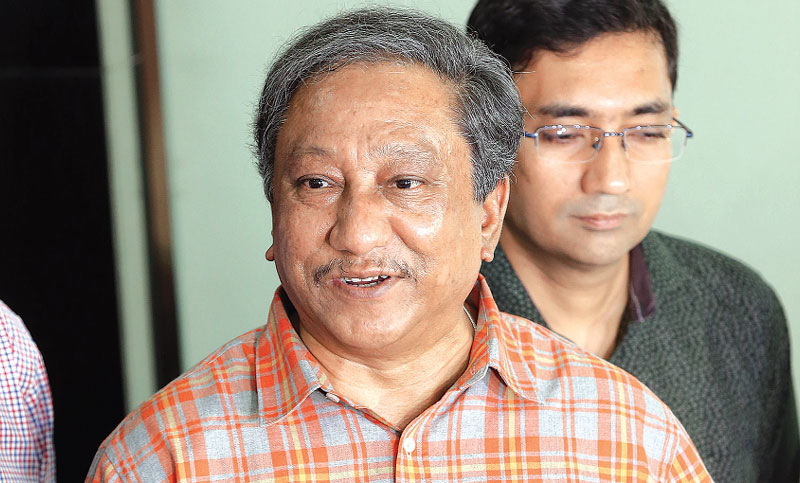 Bangladesh Cricket Board (BCB) President Nazmul Hasan Papon said that they will ask for a full proof security plan in the upcoming days before finalising any further tour.

Nazmul made that comment in an off-the-cuff press conference after Bangladesh national team narrowly escaped a mass killing, which took place in some mosques in Christchurch on Friday.

The team was on their way to offer Jumma prayer to one of the mosques that came under attack and somehow managed to escape from the area.

New Zealand authorities confirmed the death of at least 49 people in attacks on two Christchurch mosques.

“Bangladesh team will ensure that they receive maximum required security before finalising any tour in future,” said Nazmul.

“We will only tour those countries who can assure us this otherwise we will not go there,” he said.

“The security arrangement was nowhere near what we usually provide.  It’s not just here, wherever we go, we don’t get that much security,” Nazmul told reporters at press conference in Dhaka.

“Whenever someone comes here we are required to give every kind of security that they ask for. But so far we didn’t see the replication of this gesture. To be frank, we don’t force for this,” said Nazmul.

“If you look at the whole issue, New Zealand authorities never thought about the possibility of such an incident occurring in their soil. I mean they didn’t prepare for this,” he said.

“It was surprising that the police took so much time for Tigers’ rescue. I do not think that if such an incident took place in our country or in any surrounding countries, it would take the police so long to respond,” he said.

“Of course I thought that they were unprepared. Now they have to be more careful about this. I don’t know what will the other countries do for Bangladesh team but we will ensure minimum required security is available,” he added.

Nazmul also urged the cricketing authorities across the world to change the mindset about security.

“We have always maintained that this kind of incident can happen to any country. Every country has to be careful. Every team has to alert,” he said.

“There might have been a perception that it could happen only in our country or in sub-continent. There is no chance of it is happening there.  It’s no longer valid,” he said.