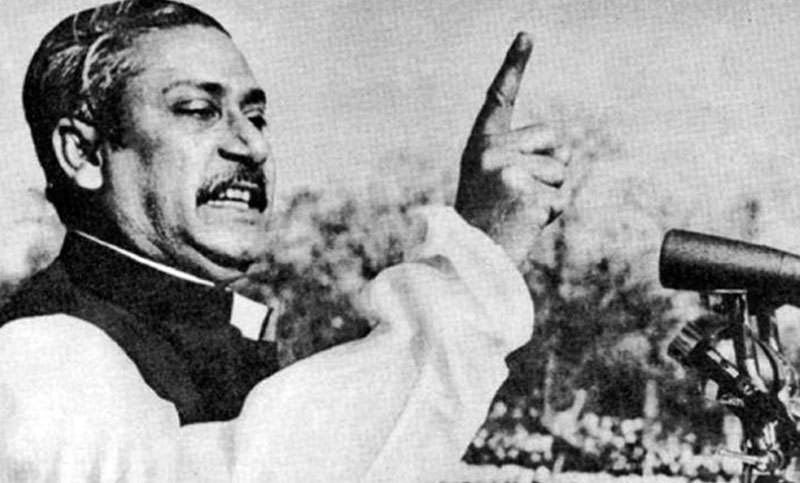 They are my heroes, so young, so brave and true, fighting to protect our flag, the red and green during our nine months war with Pakistan’s rogue military regime in 1971. It is through them Bangladesh’s spirit is renewed and recognition for their sacrifices is long overdue. National liberation is a concept that has been justly and unjustly idealised for many generations. Freedom and independence are rights that every person deserves, and, sadly enough, war is often the only means by which to obtain these basic human needs. National liberations are a defensive measure taken by people of a nation against an imperial or colonial power who have/are moving in on their nation. Oppressive regimes are generally the cause of a national liberation movement, Bangladesh being a perfect example.

Moreover, Bangladesh’s Liberation War is much more than history or memory. Like most countries, independence did not come easy for Bangladesh. Between March and December, a lot of bloodshed and misery had resulted from the war but on December 1971, a new country was born with the name of Bangladesh. Our flag stands for freedom and we are so very proud, when it waves in the breeze and it usually draws a crowd. Its colours are so beautiful, the red and green and when you see them up close, they are so very true. So, we celebrate our flag and this I want to say, wave our flag with honour on this very special month of March.

In February, President Yahya Khan called for a meeting of the National Assembly on 3 March in Dhaka. On 15 February, Bhutto told a rally in West Pakistan that his party would not attend the assembly session unless the Awami League modified its Six Point Programme. Bangabandhu Mujib dismissed this suggestion.

Meanwhile, Lt General Tikka Khan, notorious as ‘the Butcher of Baluchistan’, was appointed governor of East Pakistan. Chief Justice B.A. Siddiky refused to swear him in.

15 March: General Yahya Khan arrived in an East Pakistan under Mujib’s absolute control. The president and the Awami League chief, along with their aides, met over the next few days to thrash out a solution to the crisis.

21 March: Zulfikar Ali Bhutto arrived in Dhaka after getting a green signal from Yahya Khan. Tripartite negotiations involving the regime, Awami League and People’s Party went on till 23 March, when Bengalis observed Pakistan Day through hoisting Bangladesh flags atop homes and offices.

25 March: The Pakistan army launched Operation Searchlight in the-then East Pakistan and went into a spree of killing at Dhaka University, the headquarters of the East Pakistan Rifles and the Rajarbagh police lines.

26 March: Minutes after midnight, Bangabandhu Sheikh Mujibur Rahman declared the independence of Bangladesh. Sometime later, he was arrested by the Pakistan army and taken to Dhaka cantonment, whence he was flown to West Pakistan a few days later.

May — December: Bangladesh government set up Mukti Bahini, divides the country into eleven sectors and waged guerrilla warfare against the Pakistan occupation army.

11 August: Bangabandhu Sheikh Mujibur Rahman was put on secret trial before a military court in Pakistan on charges of waging war against Pakistan. He would be sentenced to death in the latter part of the year.

13-14 December: Local collaborators mainly belonged to Jamaat-e-Islami of the Pakistan occupation army, in the form of Al-Badr and Al-Shams Razakars, picked up leading Bengali intellectuals even as Pakistan was collapsing in Bangladesh and tortured them to death at various points in Dhaka. Their bodies are then dumped on the brickfields of Rayerbazar.

After Bangabandhu’s historic speech of March 7, 1971, he became the most popular leader of the-then East Pakistan. Under his guidance, all the administrative directives were issued by Tajudddin Ahmed during the non-cooperation movement from March 7 to 25.

After nine months of Liberation War and three million of Bengalis’ deaths, the People’s Republic of Bangladesh was born on 16 December 1971. Those patriots lie buried throughout the country, but their spirits are with us today. They paid the highest price they could so remember them throughout the month of March.

Tajuddin Ahmad, on behalf of Bangabandhu and Awami League, declared the 35 point instructions for conducting the affairs of the government, which appeared in major newspapers on March 15, 1971. We can say that the direct control of the Pakistan government over East Pakistan virtually ceased after the directives of Bangabandhu Sheikh Mujibur Rahman. “In fact, Bangabandhu took the administrative power of Bangladesh (the then East Pakistan) through the 35 directives”, renowned artistes and freedom fighter Ramendu Mujumdar wrote in his book “Bangladesh Amaar Bangladesh (Bangladesh, My Bangladesh).”

All people had been following Bangabandhu’s directives in their every step since the 7th March, 1971 speech. The subsequent 35 directives, published in different newspapers on March 15, consolidated Bangabandhu’s effective control on the-then East Pakistan and on its people.

Professor Rehman Sobhan in his memoir “Untranquil Recollections: The Years of Fulfilment” wrote that Bangladesh effectively got independence on March 5, the day when the political supremacy came to Bangabandhu’s hand. After that day, whatever Yahya said, the people in Bangladesh saw those as armed aggression against the sovereignty of the country. On the other hand, people took the 35 directives of Bangabandhu as the must follow command to protest against the oppression of Pakistani ruler and to get freedom from their repression.

The directives were related to all major areas including administration, education, law and order, port operation, foreign trade, communication, agriculture, services, development, industries, flood control, bank and treasury, tax collection, insurance and trade and business and payment of pension for retired employees and salaries of government and semi-government staff and primary school teachers.

If we recall the public response to the directives and the 7th March speech of Bangabandhu, we find that he became the de-facto president and took effective control of the entire country during the period when the military government of Pakistan had its control only inside cantonments. Bangabandhu in his directives called for continuing indefinite shutdown, but was very cautious about maintaining law and order and keeping internal and external trade, farm and development activities and all other financial activities unhindered.

He kept railways, roads and water transports, port and media and hospitals out of the purview of the non-stop nation-wide strike and advised all concerned to continue their duties. Banks, telecommunication and postal services were also advised to operate only to provide their services to the people of the-then East Pakistan. But, the people involved with power, gas and water supplies had been asked to be on duty so that people don’t suffer.

We answered the call of Bangabandhu Mujib to duty and sacrificed our lives, by pledging our allegiance to his calls of independence war to establish Bangladesh in the wake of war cries in the sky. We went through training to become a combatant, a soldier, to defeat our enemies. We came from many walks of life, leaving family and friends behind, going to far off the places of the country not knowing what dangers we would find.

We marched across the land going from the city to the jungle, helping the people fight a war to achieve an independent and sovereign country - Bangladesh. As our flag waves above us, in her glory and grace, we see freedom was the gift that our people under the leadership of Bangabandhu Mujib and his true-blue lieutenants unselfishly gave. Pain and death was the price that our people ultimately paid. Every day, I give my utmost admiration to those who had fought to defend our nation.

Knowing how much our people had sacrificed so that we can say we are from Bangladesh. People are standing tall and proud because of independence. So, let the flags of freedom fly unfurled in their Majesty High: In the Sun, in the Rain, in the winds across this land, months of tears have brought us here gathering around to hear this sound of our freedom struggle.

We watched as heroes entered the battle-fields, but most never came back home. They saved many others’ lives without a thought for their own. They rushed into hell’s inferno knowing full well what they would face and sacrificed their own lives so others could flee that place. Those people who were lucky enough to escape death’s door those days should never forget the heroes that died so they may live today. Remember those heroes who rush in where angels feared to tread.

We stood united, bold and brave inspired by freedoms we could name allied with nations we helped save and fair to those we overcame. We worked together for one goal Bangladesh’s people held fervently:  a union that was strong and whole, a nation that was proud and free. Thank you, Bangabandhu and your true-blue and your lieutenants, for Bangladesh, a place where we can implore, we give you and all our freedom-loving people all the glory on this torrid month of March. We see in the flag a nation’s might, the pledge of a safeguard day and night of a watchful eye and a powerful arm that guard the nation‘s homes from harm; of a strong defence on land, air and sea - flag of our country, flag of the free! Remember to salute with pride the things you all signify. Let us live up to the expectations of the freedom fighters and create a beautiful Bangladesh without hunger, poverty and corruption.