‘Thonga’ or paper packets – a risk for human health 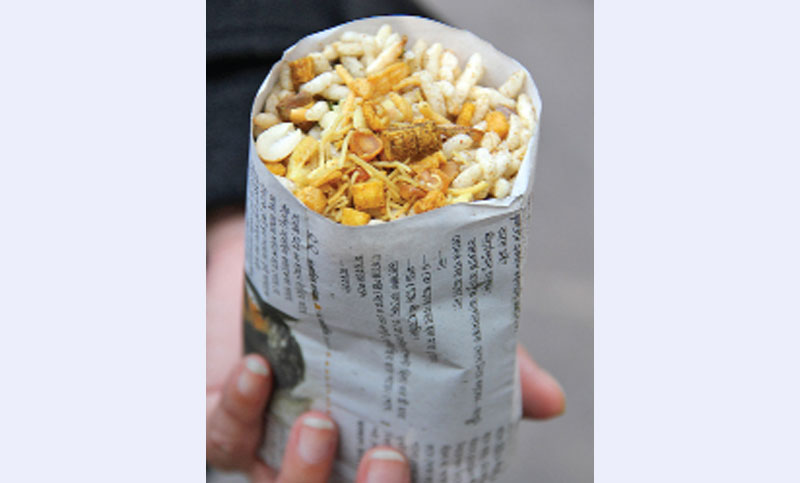 Pieces of used paper turn into small packets and popularly called “thonga” when used by vendors to serve streets foods, pose a risk of transmitting communicable diseases including tuberculosis.

The residues of those chemicals remain in human body in an undigested state for a long time and are likely to cause different chronic diseases, the professor also said.

Microbes, funguses and dusts in used papers can also enter the body that may cause chronic diseases like arthritis, asthma, diabetes, hepatitis C, and pulmonary diseases, he added.

People should not eat any food in used papers, the health expert said.

In our country, a section of vendors collect used papers at cheaper prices to use them as packets popularly called Thonga for selling street food.

They make packets, popularly known as thonga, of the used papers for serving foods on street.

Eating out is increasingly becoming popular among theose living in the cities and street food including jhalmuri, spicy peanut, cucumber, carrot, pickle, spicy green mango, chanachur and boiled egg is a natural choice.

Restaurants serving all kinds of people with low budget also use pieces of used paper to serve their customers as face tissue papers at the end of the meals. The customers also got used to used to these and ignore the possible adverse effect of the risks they face.

Dr Mohammad Shajahan, professor of Chemistry Department at Jagannath University, told the daily sun that the inks used in newspapers and books have carbon, a chemical element.

If the carbon remains in a human body undigested for a long time it affects the digestive system, he added.

Most inks used in newspapers are substandard. When these inks mix with foods and enters human body easily can be very risky for health, he added.

Monir Hossain Khan, a staff of Orith Printing Press at Arambagh in Motijheel, said they use about 10 to 12

types of inks and chemicals to print newspapers, books and magazines.

“These inks are substandard. In most cases, substandard inks are used for their low prices,” he also said.

This correspondent found that vendor Rinu Mia was selling jhalmuri in used paper and thongas in front of Cambrian School and College at Bashtala in Baridhara on Tuesday.

Most of his customers are students and they loved to eat out with their pocket money. Thus these spicy foods in thongas are their favourite.

When asked about health hazard of using those unhygienic papers, he replied in the negative and said he was not aware about it.

Usually, these street vendors are frequently seen in front the educational institutions across the country.