Down the memory lane 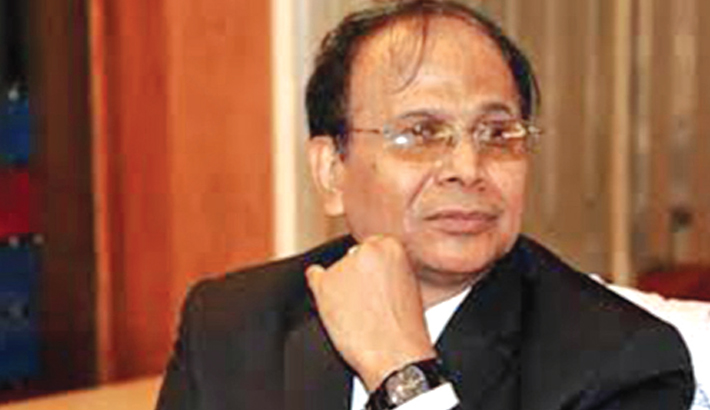 The deep pain that is felt at the death of every friendly soul arises from the feeling that there is in every individual something which is inexpressible, peculiar to him alone, and is, therefore, absolutely and irretrievably lost.” — Arthur Schopenhauer

When a good man dies, part of the world dies with him. This is what has happened with the untimely death of veteran newsman Shah Alamgir who died at the CMH, Dhaka on 28 February, aged 62. That such a vivacious man could die, at the relatively not so old age, has shocked so many people in the journalist circle and those of us who knew him. Good, kind, decent, insightful – these are the adjectives most frequently can be used to describe Shah Alamgir. He was measured, reassuring, organised and efficient. For all his achievements, I admire him most as an elder brother and friend.

More than four decades ago, Shah Alamgir and Mozammel Haque (former DGM, BKB), both are classmates and friends of the Bengali Department of Dhaka University became resident students of Sergeant Zohurul Hoque Hall and took abode in Room No. 327 with me. I was then a student of Master’s class. I addressed him and Mozammel as ‘tumi or tumra.’ They just admitted into the DU as first year B.A. Honours class. They were then serious student leaders of Chhatra Union (Matia Group). As their elder brother, I always received highest regards from Alamgir unto his death on 28 February 2010. Mozammel has always been more advance in showing respect to me. Yesterday morning, Mozammel broke this very sad news to me over phone and he was about to weep to tell me many things about him. He was completely broken down while communicating this sad news to me. I was then too busy otherwise, but I could not bear this unendurable death news of my younger brother like Alamgir. Once upon a time, while I was a student, somebody told me not to be filled with melancholy in the morning time, but the whole day of mine passed away with deep mentation about Alamgir. I was so shocked that I am not feeling well as yet. The news is so shocking. I shall miss his smile and wonderful sense of humour.

He was born in Brahmanbaria district, but due to his father’s job, he spent a large part of his life in greater Mymensingh. I hail from Kishoreganj District (Kishoreganj town). If I look back, I always found him in beamish face, exhibiting courtesy, politeness and benignancy. If I made a phone call to him, he made several phone calls to enquire about my well-being showing extraordinary respectfulness. After Bangabandhu Mujib’s brutal murder, both Alamgir and Mozammel could clearly fathom that Bangladesh would lose its glorious spirits that we achieved through our Liberation War in 1971. Along with other Chharta Union activists risking their life, they in disguise pasted protested words on the walls of the DU campus and elsewhere of the country to raise voice against the killer military regime days after days in the darkness of the nights. They toured the whole country to organise students and people against this dark episode of our history to bring back the values for which Bangladesh was fought and attained in 1971. Those days were so struggling for them under the barbarous military rule, but they all carried forward their mission ceaselessly. I am a witness of their struggles which they went on taking all hardships with diligence.

In country’s journalism arena, Shah Alamgir walked through with all his powerfulness, but without any proudfullness. His journalism career started from his student life. He started his journalism through joining the first child-teen weekly Kishore Bangla. He worked as co-editor here from 1980 to 1984. Then he worked Dainik Janata, Banglar Bani, Daily Azad and Daily Sangbad. He was involved with the Prothom Alo from 1 November 1998 to September 2001; he served as the joint editor. Then he started working on television media. After that he worked in Channel I as Chief News Editor, Ekushey Television as Head of News, Jamuna Television as Director (News), and Machhranga Television as Head of the news. Along with journalism Alamgir served as president and general secretary of Dhaka Union of Journalists. He is also the President of Children’s Welfare Council and Children’s National Institutes Chander Hat. He was a member of the Board of Directors of Bangladesh Shishu Academy. Prior to joining PIB as its Director General, he served as the Chief Executive Officer and Chief Editor of the Asian Television.

When I did office at a large private business house at Sena Kalyan Bhaban, Motijheel Area, Dhaka during the time of 19991 to 1999, he frequently came to see me there. We discussed on many things including the country’s politics. Since he was a newsman and did politics whole-heartedly, he expressed his opinions freely based on strong logic and truth. I used to enjoy his conversations with deep attention.

When Alamgir was with Machhranga Television as its Head of the news, on my way back to Mohakhali office after seeing-off a foreign friend of mine at Hazrat Shahjalal International Airport, Dhaka, I suddenly visited Machhranga Television office. Once he came to know my presence at their premises, he immediately came down and received me with all his warmth, took me to his chamber, offered coffee and biscuits with all hospitality. He was so happy to see me at his office that I can’t now express in appropriate words. We passed about two hours’ time together and discussed many important topics. When I was leaving him, he invited me to go his house at Uttara, Dhaka. He also came to our office at Mohakhali, Dhaka to see me on many days.

When Mozammel was DGM of BKB at Banani Branch office, he invited Alamgir and me to have a lunch with him at a nearby Chinese restaurant. We took lunch together; nostalgia engulfed us remembering those days of yore that we passed in the Dhaka University campus, its library premises, Sergeant Zohurul Hoque Hall, its canteen, dining hall, TV room, Suhrawardy Uddyan, Bangla Academy, New Market and in many more places. I raised the question of moral degradation of some key leaders of Chhatra Union who once had high morality in politics, under whose leadership they did politics. They were aware of those leaders’ abasement and expressed their strong resentment against their not adhering to ethical or moral principles.

Shah Alamgir was a man of high moral principles and a decent persona all along in life. So is Mozammel Hoque.

Outstanding scholar Prof Dr. Ahmed Sharif was the Chairperson of the Bengali Department and Dean of Arts Faculty during our last part of the Dhaka University and he was canonised as ‘the nation’s conscience.’ We revere him like anything because of his high morality, scholarly knowledge, courage and patriotism for the country. Alamgir had tutorial class with him, but he was a whole time student politician. So, he could no appear at two tutorial classes with him in time. His B.A. Honours examination was almost knocking at the door, but without those two tutorial examinations, he would not be able to sit for the examinations. Sharif Sir was very angry with him because of that reason. Sharif Sir always wanted to see that a boy or a man should be very courageous like a lion. Alamgir knew this attribute of Sir. So, he entered into the chamber of Sir and asked for taking his remaining examinations. Dr. Sharif became very furious upon him, but he liked Alamgir’s spirit of boldness and finally allowed him to sit for those examinations. Later on, he shared this experience with us. Today Sharif Sir is not alive. Alamgir has left this mundane world. Where shall we keep our pains stored now?

Being the DG of Press Institute of Bangladesh (PIB), Alamgir invited me politely to go his place on many occasions. I nodded. I went there several times. Every time, he received me very cordially as his elder brother. When I am writing this piece, my eyes were welling up every moment because of his humility, caring attitude and respectfulness towards me.

He was an avid reader of all articles of mine which appeared in the English newspapers of both at home and abroad. He used to make comments against those articles which of thought-provoking. I shall now miss his ever smiling face, phone calls, comments, invitations and many more things.

He used to come to the TV talk-shows. I used to listen to him attentively. He was a very good debater, but he did never use any abrasive words. He politely engaged in the debate of TV talk-shows, but his logic was highly praiseworthy. I spoke to him over phone every time whenever I found him in the TV talk-shows. He was very happy with my words. After joining PIB, he could not attend at any TV talk-shows and he had tremendous sorrows for it.

PM Sheikh Hasina picked up a right person for heading PIB like an institution. He did many commendable initiatives for PIB for its better image and functioning. Shah Alamgir was a decent persona in Bangladesh’s journalism. Honourable President Abdul Hamid has aptly said, “His (Shah Alamgir) death is an irreparable loss to the journalism of Bangladesh. His ideal and ethics will remain exemplary for the journalists.”

Only at the age of 62, the veteran journalist Shah Alamgir passed away. We had a lot of intimate talks during the last four decades or so. Dear Alamgir, my younger brother, do you hear me? We are mournful here for you. Please accept my fond affection. We pray for eternal peace of the departed soul of Alamgir and express sympathy for his bereaved family members. He will forever be remembered.