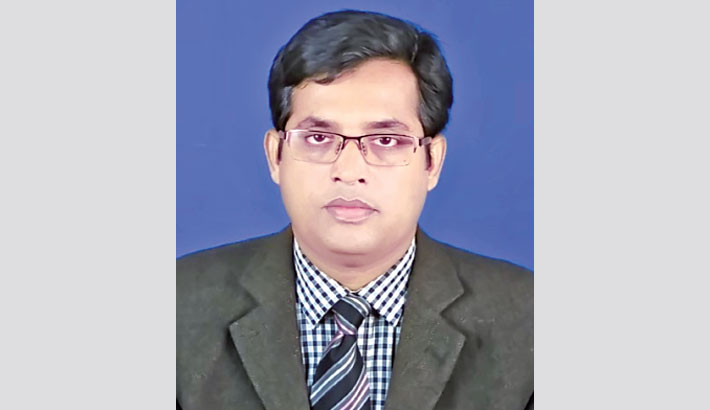 Since the partition in 1947, the tension between India and Pakistan centring the issue of Kashmir has been continuing. Insurgency movement, supported by the Pakistani army, in the Indian Kashmir is the root cause of such tension. After the Cargill war in 1999, the situation has aggravated to a great extent recently due to a suicide car bombing on the Indian parliamilitary forces on 14 February that killed at least 42 soldiers. The attack was carried out by Pakistan-based Jaish-e-Mohammad (JeM), a terrorist group which has been allowed to operate by the military establishment of that country. In response, the Indian army launched air raids on a JeM training camp that claimed to have killed 350 insurgents according to the Indian government sources. Since then, both the governments are on the brink of a major confrontation. The situation has aggravated tremendously after the shot down of two Indian fighter jets inside the Pakistan territory in which one Indian air pilot was taken in prisoner. Since then, a battle of conflicting military claims has been on the air in New Delhi and Islamabad.

Although Indian authorities, including the Prime Minister and other ministers, have been found over enthusiastic, the Pakistani counterpart, particularly the Pakistani Prime Minister Imran Khan has been found relatively reluctant to get engaged in a war during the early days of his tenure. It would not be a wise decision on the part of India to perceive them as one of the superpowers as they have different problems that require an immendiate attention of the government. But I strongly believe that Prime Minister Modi would try his best to capitalise the ongoing tension with Pakistan in order to gain the confidence of the voters.

Modi government has already lost credibility to the farmers who constitute a large portion of voters. Moreover, GST and other financial corruption-related issues have pushed them in a wobbly situation. In addition to these issues, the formation of alliances comprising of the Indian Congress, leftist parties and a number of state parties has become an issue of concern for the Modi government. Thus, the present government is very much eager to capitalise on the tension which has been reflected through the Indian response to the attack. Previously, India has never responded to terrorism within its borders by attacking Pakistan and thus, it is considered the first major use of air power against Pakistan since 1971. Another fact is that the majority of the Indian population has anti-Pakistani sentiment. Thus, the Modi government is trying to play with this sentiment along with the BJP’s Hindutva ideology in order to win the election. So, the recent incident – whether or not it was instigated by Pakistan – has been played into Modi’s narrative.

On the other hand,  it would also not be an astute decision on the part of Pakistan to get engaged in any sort of war with India. They should bear in mind that the government is fairly new. Moreover, Pakistan has become friendless in the last one decade. Even they do not have a good relation with China and the USA who were the best friends of Pakistan for years. Rather, both these countries have strengthened their relationship with the Indian counterpart. Considering the gravity of the geopolitical situation, neither the USA nor China would love to abate their ties with India by supporting Pakistan on this issue. It seems that Pakistani Prime Minister has understood the gravity of the situation. Thus, despite counter statements being issued by the military wing of both the countries, he has been found expressing mellowed statements. This is indicative of the fact that he is not very keen to get involved in a war with India at an embryonic stage of his tenure. Rather, he has to deal with many issues that have been committed by him before the voters to win their confidence during the election. Of course, the army still plays the most decisive role in bringing a party into power.

Now a pertinent question is whether there is an element of international politics in revitalising the recent tension in Kashmir. Having observed the overall situation, I strongly believe that China is playing an important role from behind the scene. The main intention of the Chinese government is to bring Modi back to power as there has been a warm relationship between these two Asian giants. Since China has already got involved in an economic and business war with the USA, they would dare to weaken their relationship with India. If there is deterioration in this relationship, the USA will try its best to fortify its relationship with India at the next level. In that case, China would not only lose an extensive market for their business but also become susceptible to the USA attack. Thus, staying behind the scene, they are trying to play with this card so that people vote for Modi in the next election.

It is encouraging that Russian President Putin, like many heads of states, has held telephonic conversation with Modi and proposed to play the role of a mediator to resolve the crisis. Thus, I do not consider that there is a possibility of war in the near future. This sort of tension is very usual in the context of Kashmir. The return of Indian pilot, Wing Commander Abhinandan Varthaman, is a classic example of the fact that none of the countries wants to get engaged in a war. Interestingly, both the countries are claiming them as the winner in the Abhinandan’s return. Whatever might be the case, this is a good gesture from the Pakistani government that they have sent the pilot back to India.

Finally, it can be concluded by saying that this sort of political incident is a great threat to the stability and peace of South Asia. Both countries should consider the fact that getting involved in a war would not provide any solution to a long-standing dispute over Kashmir. Rather, they should try to reach an agreement through negotiation within the jurisdiction of international treaties. If it happens, it will not only save the lives of thousands of population of both the countries, but also work for ensuring stability and peace in South Asia. But, at the end of the day, in the midst of an escalating war of words and actions between the two nations, the BJP will be the eventual beneficiary as they are expected to remain in power on the pinnacle of the wave that has started through the bombing in Kashmir.