Says polls should be held to make India strong, not to fulfil prince’s desire to be PM 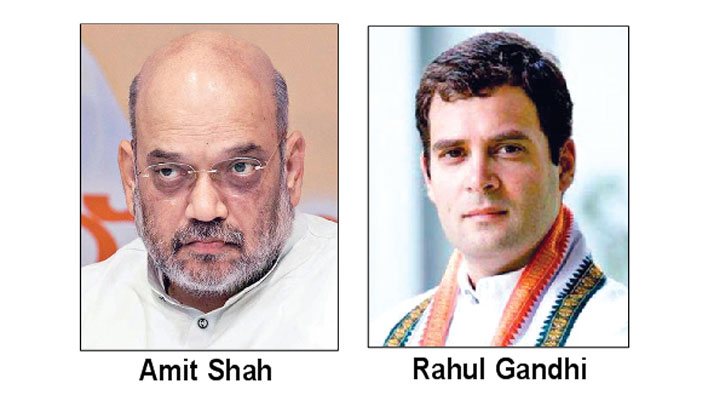 Umaria: Polls should be held to make India and its economy strong, to give Pakistan a befitting reply and not to fulfil the desire of a ‘prince’ to become the prime minister, BJP chief Amit Shah said here on Saturday in a veiled attack on Congress president Rahul Gandhi, reports PTI.

“Polls should be held to make the country and its economy strong and to give Pakistan a befitting reply and not to fulfil the desires of ageing leaders and a family’s prince to become the prime minister,” he said.

On the Indian Air Force’s air strike on a Jaish-e-Mohammad training camp early Tuesday, Shah said, “The opposition is doing politics by raising doubts over the recent air strike on Pakistan-based terrorist camps.”

“During Prime Minister Narendra Modi’s rule, maximum number of terrorists were eliminated in the country,” he said.

Shah also blamed the Congress for the delay in the implementation of the One Rank-One Pension (OROP) for the ex-servicemen and creation of the National War Memorial.

Modi inaugurated the National War Memorial, adjoining the iconic India Gate complex in New Delhi, on Monday, nearly 60 years after it was mooted to honour the fallen soldiers after Independence.