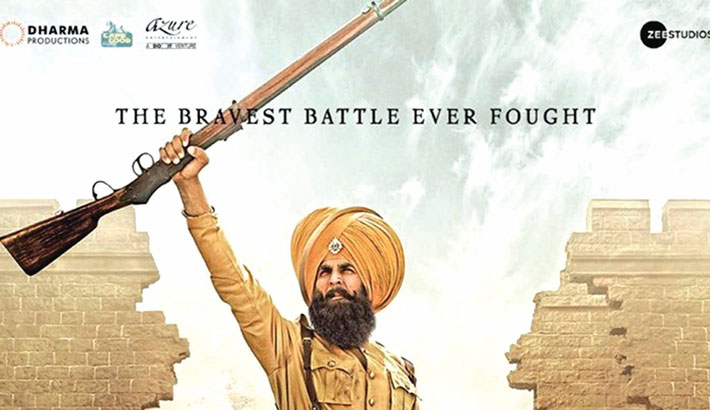 The trailer of Kesari, starring Akshay Kumar and Parineeti Chopra, is out which indicates that the film’s hero Akshay plays a patriotic role in it. Directed by Anurag Singh, the period drama is produced by Hiroo Yash Johar, Karan Johar, Apurva Mehta and Sunir Kheterpa.

Talking about the film, Akshay Kumar had told PTI, “It is for the first time that I am doing a war film, it is new for me. So I am very excited about it.”

Parineeti Chopra is sharing screen space with Akshay Kumar for the first time in Kesari.

“It has been a dream to work with Akshay for a long time. He is a Punjabi and so am I. And, we are doing a Punjabi film together,” Parineeti told reporters at an event.

Akshay will play the role of Havildar Ishar Singh in the film. He took to his Twitter to share the trailer of the upcoming movie. He wrote, “An incredible true story of valour, sacrifice & bravery - told like never before! #KesariTrailer out now.”

Akshay looks convincing as a leader of the Sikh soldiers, who can be seen roaring like lions with weapons in their hands and rage in their eyes.

The 3 minutes and 4 seconds trailer looks captivating and fascinating with rustic action scenes, unseen technique of sword fighting and intense dialogues. The film, which is directed by Anurag Singh, is all set to hit theatres on March 21.               —Indian Express