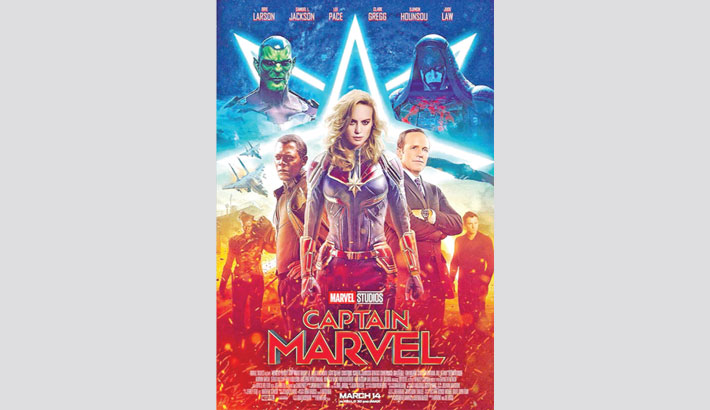 Early reactions to Captain Marvel are out, and nearly all of them are highly positive. Although early reactions should be taken with a grain of salt, things do look great for the first female-led superhero movie in the Marvel Cinematic Universe, reports Indian Express.

Starring Brie Larson in the title role, Captain Marvel is set in the 1990s and traces the journey of a US Air Force pilot who rises to become one of the strongest superheroes in the universe (Marvel Studio boss Kevin Feige said she will be the most powerful superhero in the MCU).

Captain Marvel will introduce the extraterrestrial races Skrull and the Kree in the MCU. Their conflict in Marvel Comics make up one of Marvel Universe’s most famous stories. The superhero film, "Avengers: Infinity War" shattered a stack of box office records in its global premiere over the weekend.

Many reviews, interestingly, singled out Ben Mendelsohn’s performance as the Skrull Talos for praise. Uproxx’s Mike Ryan wrote, “CAPTAIN MARVEL isn’t what I expected based on marketing. It’s pretty much an “all in” cosmic space movie. Also, it’s a lot weirder than I expected. Ben Mendelsohn is awesome as Talos.”

Slashfilm’s Peter Sciretta was also all praise for the movie. He tweeted, “#CaptainMarvel is a great origin story. Brie’s buddy cop chemistry with @SamuelLJackson is so much fun and her relationship with Lashana Lynch is the real heart of it. Ben Mendelsohn and the cat both steal the show.”