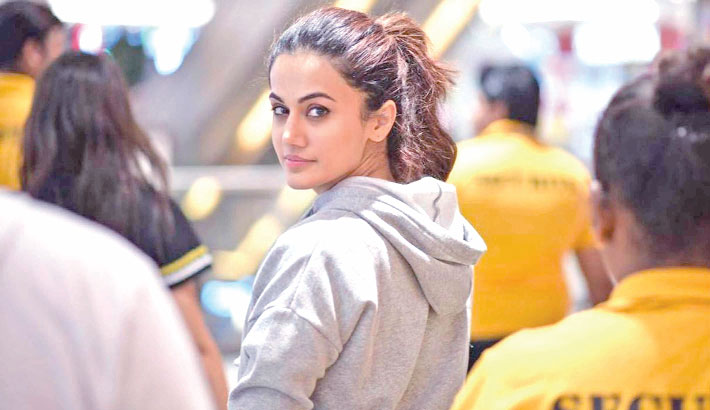 The first song of Taapsee Pannu and Amitabh Bachchan starrer Badla is out, reports Indian Express. Titled “Kyun Rabba”, the song is sung by Armaan Malik and composed by his brother and music composer Amaal Mallik. The composition stands out from the songs of recent Bollywood films.

In the song, we see Taapsee’s character Naina Sethi torn between her family and secret lover. And, amidst this emotional turmoil, she is accused of murder. We also get to see visuals where she is being put under surveillance with the help of an ankle monitor. Just like the trailer, the makers have made sure to not reveal too much about the whodunnit drama.

Talking about the song, Taapsee shared, “This song is my personal favourite from the album. “Kyun Rabba” beautifully captures an important narrative in the film. I hope the audiences like the melody as much as I do.”

Deliberating on the song, Amaal Malik said, “Our industry holds a musical perception about each emotion that we may depict in our narrative. As music composers, our job is either to cater to that particular need or give it a contrast that grows on the audience in a way that it begins to sound more universal than just, obvious. For me, “Kyun Rabba” is the latter.

He added, “Yes, it essentially speaks about a broken heart. But I have still looked to add finesse to it, instead of letting it sag into a depressive undertone, of sorts.”