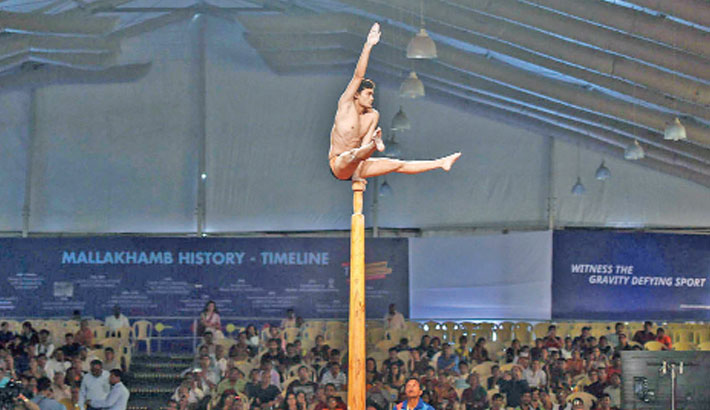 MUMBAI: Wearing only underpants, Pavel Kalina twists his body up a wooden pole before performing a handstand at the top in the first world championships of an ancient Indian sport, reports AFP.

The 55-year-old from the Czech Republic practises Mallakhamb, a gymnastics-like discipline that originated in western India in the 12th century and is often described as “yoga on a pole”. “I do it because I’m a crazy man,” Kalina tells AFP, struggling to catch his breath after two minutes performing poses on the pillar, which is covered in castor oil to stop friction burns.

“To be honest it is like torture but I have to do it because I need to spend my energy,” adds the former gymnast who took up Mallakhamb ten years ago.

Kalina was among some 100 competitors from 15 different countries taking part in the Mallakhamb World Championships in Mumbai over the weekend.