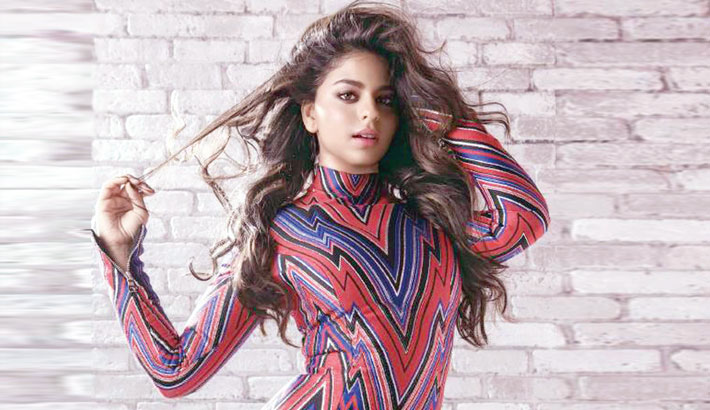 Shah Rukh Khan’s daughter, Suhana Khan, in a recent Instagram live chat session revealed the one actor she wants to date, and it’s probably not anyone you’d expect, reports Hindustan Times. Asked by a fan, “Actor you wanna date?”  According to Times Now, Suhana replied with a photo of South Korean singer, songwriter and actor Suho, lead singer of the boy band Exo. “Him,” Suhana replied to the fan’s question. Suho’s real name is Kim Jun-myeon.

It’s no secret that Suhana wants to become an actor. She was ‘introduced’ to the world with a special spread in Vogue magazine, which some raised concerns about, pointing out that Suhana hadn’t really achieved anything to be featured on a major magazine’s cover.

Shah Rukh and his wife, Gauri Khan frequently share pictures of Suhana and their other kids, Aryan and AbRam. Suhana recently played Juliet in an adaptation of Romeo and Juliet. Shah Rukh flew down to London to watch her perform and also shared pictures on Instagram. “With my Juliet in London. What a wonderful experience and exceptional performances by the whole cast. Congratulations to the whole team,” he captioned the post.

Pictures of Suhana shooting a short film with her friends were also shared online. Shah Rukh in an interview to Hindustan Times had said that while Suhana wants to be an actor, she should only do so once she completes the necessary education.

“Suhana should learn acting for another three to four years if she wants to be an actor. I know many of my industry friends feel my kids should start acting [in films] tomorrow. But it’s my belief that they shouldn’t start acting [in movies] yet,” he said.